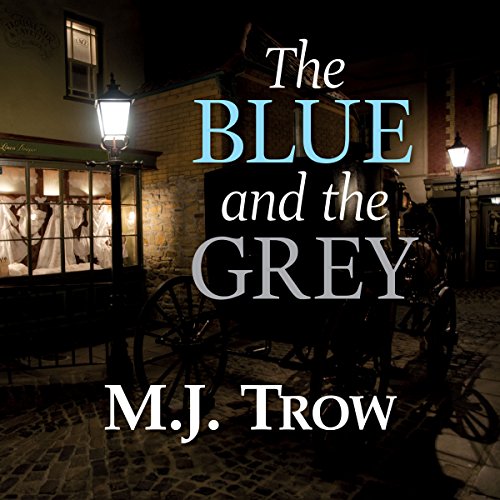 The Blue and the Grey

April 1865. Having been an eyewitness to the assassination of President Lincoln, Matthew Grand, a former captain of the 3rd Cavalry of the Potomac, has come to London on an undercover assignment to hunt down the assassin's coconspirators.

Ambitious young journalist Jim Batchelor has been charged with writing a feature article on the visiting American.

Both men are distracted from their missions by the discovery of a body in London's Soho district. It's the latest in a series of grisly garrotings by a killer known as the Haymarket Strangler. As Grand and Batchelor team up to pursue their investigations, it becomes clear that there may be a disturbing connection between the assassination of Abraham Lincoln and the Haymarket Strangler.

What listeners say about The Blue and the Grey

Hapless hack and American officer team up and solve murder.

This was good fun. Hopefully there are more to come. Peter Noble is excellent even though I’m no judge of American accents. I particularly enjoyed the character who sounded like David Sedaris.