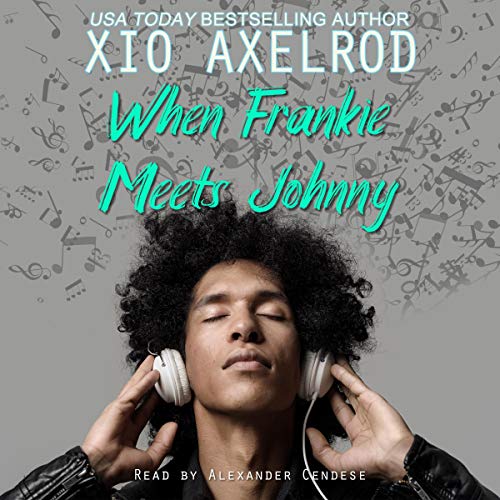 Scottish expat Frankie Llewellyn lives and breathes music. Working late nights at WKMP, a radio station in suburban Philadelphia, he can play what he wants, sleep in every morning, and no one gives him any grief. No one but his most recent ex-boyfriend. Frankie is a serial monogamist, but after this latest breakup, he’s worried he’ll end up alone, with nothing but his records to keep him warm at night.

When the station hires someone to do some much-needed renovations, Frankie is horrified to find out the work will be done during his overnight shift. But it makes the most sense, so he’s resolved to take one for the team. After he meets the mysterious contractor - a gorgeous lumberjack of a man named John Burton - Frankie decides it may not be such a hardship after all.

John is reserved and a bit mysterious. Quite the contrast to Frankie’s drama-filled life. But, as their friendship grows, John’s quiet presence has Frankie singing a new song.

What listeners say about When Frankie Meets Johnny

I loved this. I’ve been a fan of this story since the novel had first been published, and so hearing it brought to life was so surreal.

I feel like the only issues I had with the audiobook version is that sometimes the narrators Scottish accent didn’t sound authentic, and instead sounded more European but that’s the only little issue that I found.

Xio is an author who always manages to ignite something deep in my soul and I’m moving straight on to the sequel!