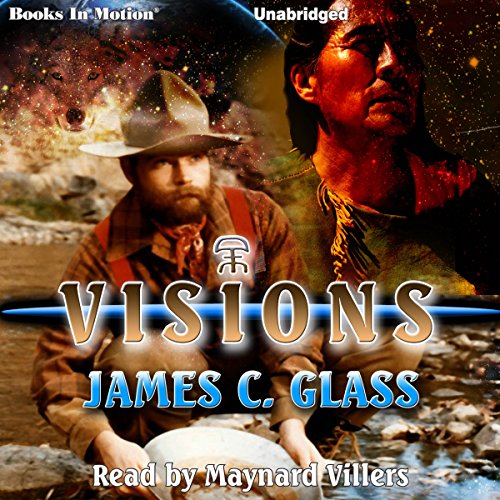 The time: the 1840s. The place: California during the gold rush. As the white settlers begin penetrating the remote mountain canyons, they discover an ancient race, the Tenanken, who date back at least 60,000 years. Some members retain the genetic memories of their distant past, while others project mystical visions of comfort and joy. All flee the coming of the white man, and appear to be doomed to extinction.

Only the genius Pegre finds a possible solution: integrate and intermarry with their distant white "cousins", the Hinchai, and form a new entity. He's aided by the girl Baela, whose emerging mental powers only appear every hundred generations - and opposed by the cruel Tenanken warrior, Hidaig, who supports traditional values, and is willing to kill anyone who opposes him.

Can the ancient and modern be merged and preserved? Or will the special genetic heritage of the Tenanken be lost forever?

What listeners say about Visions