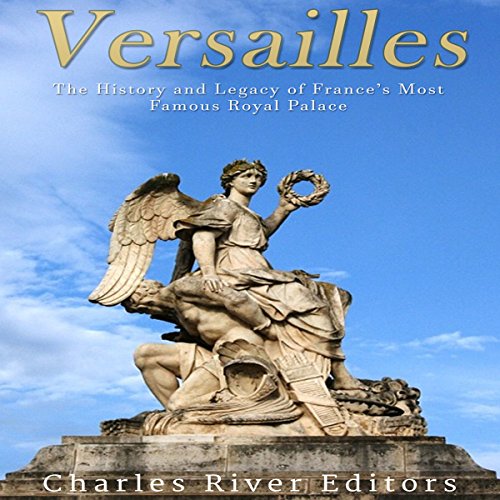 In every nation, in every era of history, there are inevitably one or two places that become the symbol of the times. Mention Valley Forge to an American and it will immediately conjure up visions of a hard won fight for freedom. Likewise, the word Dunkirk said to a Briton will elicit a sense of both pride and horror at the lives lost and saved at that desperate point in World War II. For the French, and those who study their history, Versailles is a symbol of, as Charles Dickens once put it, "the best of times...the worst of times." It was here that the Sun King, Louis XIV, built a palace worthy of a great nation during a time when peace was, at best, short-lived. It was at Versailles that Russian Tsar Peter the Great to study the palace's architecture and gardens so that he could recreate them in his home country. Indeed, the greatest minds and artistic geniuses of the later stages of the Renaissance came to Versailles to build and paint, and it was here that Madame de Pompedour and her successor, Madame du Barry, used their wit and beauty to charm a king into doing their bidding.

However, as history constantly demonstrates, nothing good lasts forever, and so it was with Versailles. From the royal palace, Louis XVI and Queen Marie Antoinette frittered away the goodwill of their people, leading to the French Revolution and their executions.

What listeners say about Versailles

The content was very interesting and informative. Sadly, the narration spoiled it a bit. The narrator read at top speed and his pronunciation of some of the French words was awful!