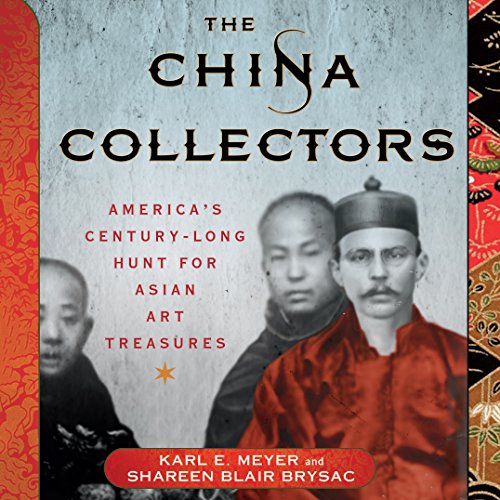 Thanks to Salem sea captains, Gilded Age millionaires, curators on horseback and missionaries gone native, North American museums now possess the greatest collections of Chinese art outside of East Asia itself. How did it happen? The China Collectors is the first full account of a century-long treasure hunt in China from the Opium Wars and the Boxer Rebellion to Mao Zedong's 1949 ascent. The principal gatherers are mostly little known and defy invention. They included "foreign devils" who braved desert sandstorms, bandits, and local warlords in acquiring significant works. Adventurous curators like Langdon Warner, a forebear of Indiana Jones, argued that the caves of Dunhuang were already threatened by vandals, thereby justifying the removal of frescoes and sculptures. Other Americans include George Kates, an alumnus of Harvard, Oxford, and Hollywood, who fell in love with Ming furniture. The Chinese were divided between dealers who profited from the artworks' removal and scholars who sought to protect their country's patrimony. Duanfang, the greatest Chinese collector of his era, was beheaded in a coup, and his splendid bronzes now adorn major museums. Others in this rich tapestry include Charles Lang Freer, an enlightened Detroit entrepreneur; two generations of Rockefellers; Avery Brundage, the imperious Olympian; and Arthur Sackler, the grand acquisitor. No less important are two museum directors, Cleveland's Sherman Lee and Kansas City's Laurence Sickman, who challenged the East Coast's hegemony. Shareen Blair Brysac and Karl E. Meyer evenhandedly consider whether ancient treasures were looted or salvaged and whether it was morally acceptable to spirit hitherto inaccessible objects westward, where they could be studied and preserved by trained museum personnel. And how should the US and Canada and their museums respond now that China has the means and will to reclaim its missing patrimony?

What listeners say about The China Collectors