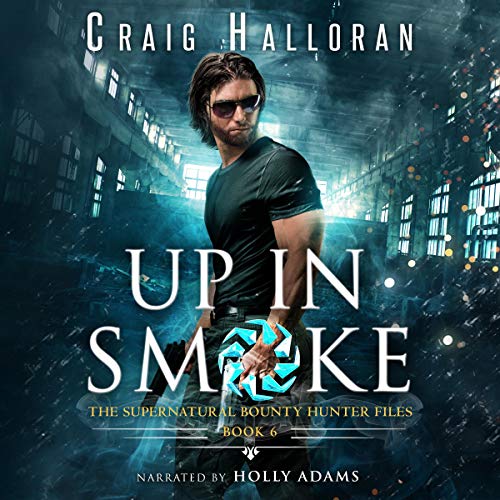 Bounty hunter John Smoke has been at a loss ever since Sidney Shaw's abrupt departure. After weeks of finding no trace of her, Smoke has an unanticipated encounter with Reginald, the doppelganger.

Smoke sets out into another one of the Drake's twisted labyrinths. Will Smoke survive? Can he find Sid?

Perhaps Sid doesn't want to be found, but Smoke will stop at nothing to find her.

What listeners say about Up in Smoke

I have to say I’ve never really taken to sid’s character but the story is certainly more enjoyable with her and John as partners, probably because it’s all action but this one had a bit of a lull with John tracking down Sidney after she was kidnapped.
I still can’t get used to the weapon sounds though.
All in all an enjoyable book.

Good story with plenty of action. Likable good guys and bad guys. Entertaining storyline. The narrator did a nice job bringing the story to life. I received a free copy of this audiobook at my request and have voluntarily left this review.

Great continuation of the smoke saga. Sid and smoke are back after a questionable ending and now there’s vampires! Great book and keeps you on your toes! Narrator is terrific