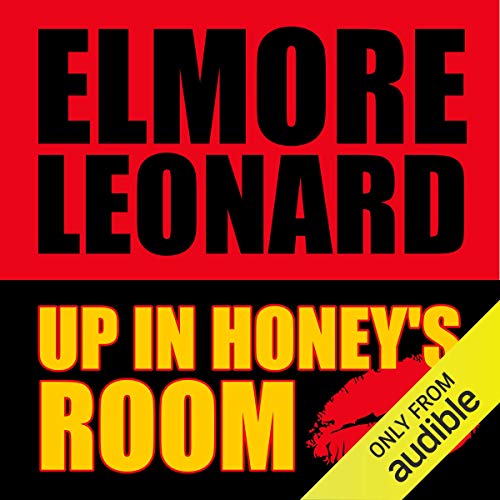 Up in Honey's Room

By: Elmore Leonard
Narrated by: Arliss Howard
Try for £0.00

The odd thing about Walter Schoen is he's a dead ringer for Heinrich Himmler. Walter is a member of a spy ring that sends US war production data to Germany and gives shelter to escaped German prisoners of war. Honey Deal, Walter's American wife, has given up trying to make him over as a regular guy. She decides it's time to stop telling him jokes he doesn't understand and get a divorce.

Along comes Carl Webster, the Hot Kid of the Marshals Service, looking for an escaped POW. Carl uses Honey to meet Walter, who Carl believes is hiding the POW. Honey's a free spirit; she likes the hot kid marshal and doesn't care much that he's married. But all Carl wants is to do his job without getting shot....

Elmore Leonard was born in New Orleans on 11 October 1925. He wrote 45 books during his phenomenal career, including the best sellers Mr Paradise, Tishomingo Blues, Be Cool, and The Hot Kid. Many have been made into successful movies, including Get Shorty with John Travolta, Out of Sight with George Clooney and Rum Punch, which became Tarantino's Jackie Brown. He is the recipient of the Cartier Diamond Dagger Award and the PEN USA Lifetime Achievement Award. He died on 20 August 2013 in Detroit.

What listeners say about Up in Honey's Room