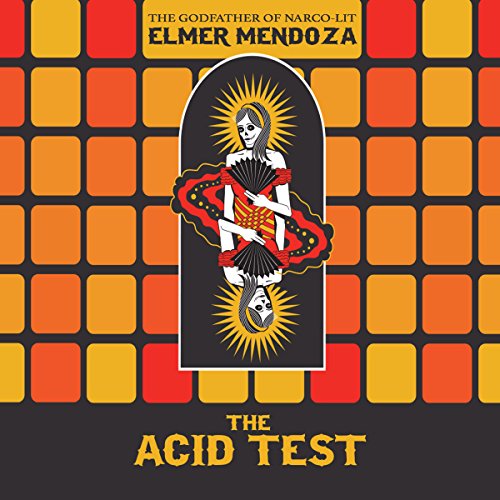 When the mutilated body of Mayra Cabral de Melo, a well-known stripper, is found by the side of a dusty road, detective Edgar "Lefty" Mendieta has personal reasons for bringing the culprit to justice. Mayra had no shortage of ardent, deluded and downright dangerous admirers, and Lefty himself is haunted by one steamy night he spent in her generous company.

So begins an investigation that will bring him ever closer to the murderous world of the narcos, who are waging a war of bloody attrition against the Mexican state. The country is a powder keg waiting for a spark, and Mendieta is about to enter the darkest days of his life. Corrupt politicians, failed boxers and unscrupulous arms dealers all lie in wait across the path to justice - none of which can prepare him for a brush with the FBI when the father of the President of the United States is attacked on vacation. But for all these perils, it is the weight of his own murky past that Lefty finds hardest to bear.

And as he scratches around for clues, faced with a gallery of suspects who all have motives and that murderous glint in their eyes, the reappearance of Samantha Valdés, now the boss of the Cartel del Pacífico, adds one more piece to an already impenetrable puzzle.

As an audiobook, this didn't work for me. I think the combo of it being an awkward English translation read by a poor narrator made me ditch it halfway through. If I could read this in the original Spanish, I know I would love it because it's full of wonderful humor, and I loved the characters. But sadly, all the joy in listening got lost in translation.