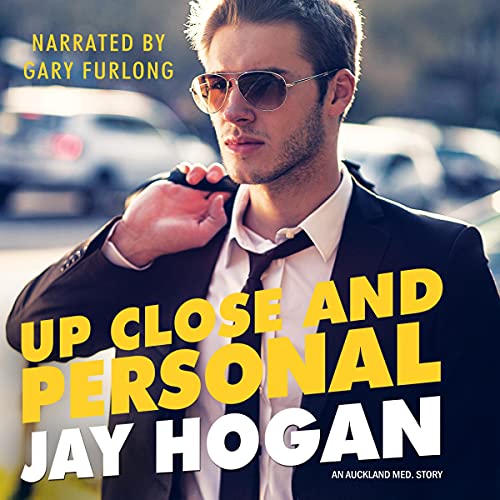 Up Close and Personal

The man is miles out of Mark’s league - completely opposite in almost every way and shockingly immune to Mark’s flirtations. Mark should just let him go. But the alluring doctor has taken residence in Mark’s brain and is messing with his life’s plan - in particular Mark’s determination to skirt attachments and all the self-absorbed drama that goes with them.

Mark has spent two years watching his friends drop like flies to the white picket virus, only to suddenly find himself hankering for a hammer and some white paint. Edward, however, doesn’t want a bar of Mark’s roguish charm.

But it’s not like Mark can avoid the sexy pathologist - death brings them together on a regular basis. So, when a string of murders threatens both their lives and sends them into hiding, something has to give.

What listeners say about Up Close and Personal

I really enjoyed listening to this story. I liked the characters and the storyline, it's a great addition to the series. The narrator helped bring the story to life and I will enjoy listening to it again.

Exciting and full of suspence.

These guys are so good together workaholic, but with seemingly opposite characters. I really like this who dunnit and romance mix. Another great book by Jay and good narration by Gary.