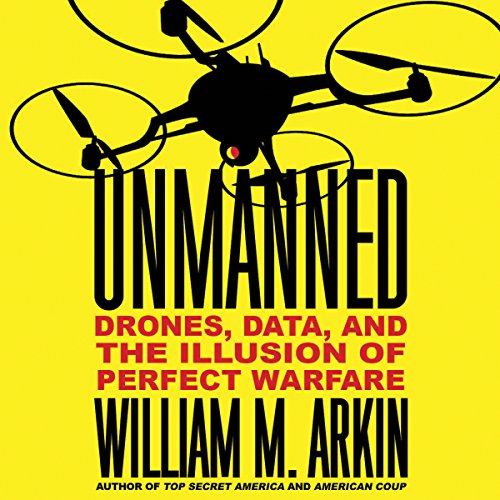 Unmanned is an in-depth examination of why seemingly successful wars never seem to end. The problem centers on drones, now accumulated in the thousands, the front end of a spying and killing machine that is disconnected from either security or safety.

Drones, however, are only part of the problem. William Arkin shows that security is actually undermined by an impulse to gather as much data as possible, the appetite and the theory both skewed toward the notion that no amount is too much. And yet the very endeavor of putting fewer humans in potential danger places everyone in greater danger. Wars officially end, but the data machine lives on forever.

Throughout his career, Arkin has exposed powerful secrets of so-called national security and intelligence. Now he continues that tradition. The most alarming book about warfare in years, Unmanned is essential listening for anyone who cares about the future of mankind.

What listeners say about Unmanned

Couldn't get more than half an hour into the book... the narrator is awful. voice drones with no change in tone, or apparent interest in the subject