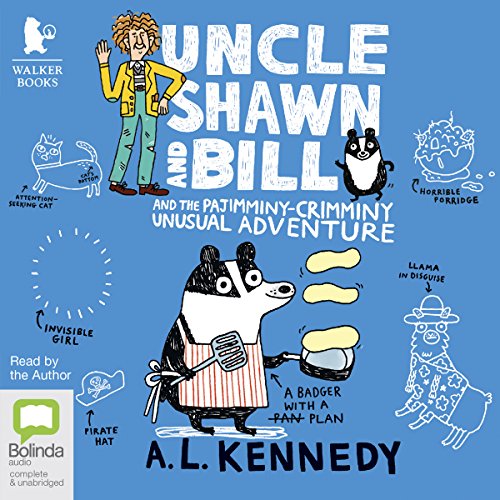 Uncle Shawn and Bill and the Pajimminy Crimminy Unusual Adventure

The second book in a hilarious, heartwarming series for children from Costa Award-winning author A. L. Kennedy.

It looks like Badger Bill is going to need a plan, or Uncle Shawn might be sent to the Maximum Security Institute of Unusualness forever. But all Bill has to help him are four bickering llamas, one pirate boy and one invisible girl. What could possibly go wrong?