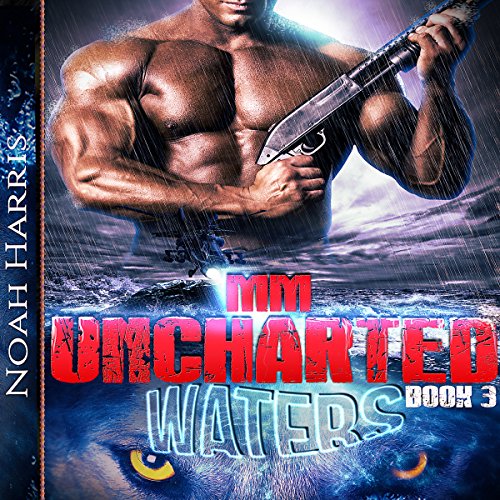 Everything seems to be looking up for Dylan and Blake. They have a home, a beautiful daughter, and the support of their families. But right as it seems life couldn't get better, Dylan is called back to work on an urgent scouting mission to the Shadow Pack's sister pack: the Blood Pack, run by none other than Arulean Black's mate. Unable to let his team down, Dylan leaves his fiancé and daughter behind.

When Blake gets word that the Blood Pack has captured Dylan, he has to make the hard decision to leave his daughter behind to go save his mate. He'll give anything and everything to find his fiancé, and he finds a valuable ally in the dragon shifter, Arulean, who also has a loved one held hostage by his errant mate. With some help from some new friends, Blake has to use all of his experience, knowledge, and skills, as well as the strength of his mateship bond, to find and rescue the love of his life, or die trying.

Disclaimer: This is a very hot and steamy book, over 50,000 words m/m lovers, intended for 18 and older.

What listeners say about Uncharted Waters

This book was a nice continuation of the series. This book has a little more action than the second book, but the story didn't feel quite as fluid.

I really enjoy this book. what had me was the passion scene on the field after the dragons fight.
well as they say , "All's well that ends well"

There are some stories that you never want to see end because you are just so totally invested in them that while you want to see how it all turns out and pray it turns out well there's also that part of you that realizes that when you do get to the end it's just that. The End.

I don't know if Noah is planning a 4th to this book series but what I do know is that this entire series was amazing and this last story had so much action and intrigue and holy moly are they gonna make it moments that I was eager and reticent of the ending that I was holding my breath for nearly the entire second half of the book..LOL

I'm not one of those people who likes to read the ending of a story i'm intensely into but I nearly broke that for this one. I needed to know that my two sweet boys were going to make it out and that Rajiah and Arulean did too and then all the other members of the rescue team. You truly do come to just love all of them.

This was a truly amazing story and I will be happy if it ends here (well not really). But I will also be equally as happy if we see these characters and Rajiah and Arulean again. I will also be really happy if they bring back the narrator because Robert Davis does an astounding job of narrating this book. Two thumbs way up!