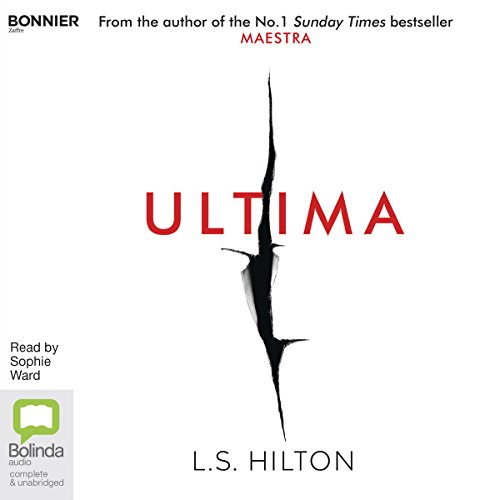 The shockingly audacious conclusion to the international best-selling phenomenon that began with Maestra.

If you can't beat them - kill them.

Glamorous international art dealer Elizabeth Teerlinc knows a thing or two about fakes. After all, she is one herself. Her real identity, Judith Rashleigh, is buried under a layer of lies. Not to mention the corpses of the men foolish enough to get in her way. But now, caught in the murderous crossfire between a Russian Mafia boss and a corrupt Italian police detective, Judith is forced to create an even more daring work of art - a fake masterpiece she must take to the world-famous auction house where she used to be a lowly assistant and sell for $150 million.

For Judith the prospect of putting one over on her loathsome former employer and the world's art establishment is almost as thrilling as the extreme sex she's addicted to - especially when the price of failure is a bullet in the back of the head. But exposing her new identity to the glare of the spotlight puts her at risk of an even greater danger. Like a beautiful painting stripped of its layers of varnish, something altogether different could be revealed. A truth about her past even Judith might find shocking.

What listeners say about Ultima

narration is SO dull

Not a particularly spectacular end to the trilogy but made even worse by the monotone narration.

A fitting end to an enjoyable trilogy

When I wrote my review for the first book in this series, Maestra, I said that it is is "probably Marmite," in that you'll either love it or hate it. This book continues the theme.
The plot is good, the tension builds, the one thing the characters seem to have in common is that they are all self-centred, avaricious liars with varying degrees of pschopathic tendencies.
While you could read/listen to this as a stand alone, I'd strongly recommend you start with Maestra and work through the trilogy in order. It helps with the plot and understanding of the characters. While I couldn't warm to Judith, the main character, by the end I did have a grudging admiration for her talent for survival in a dangerous environment.
The story is made more enjoyable by the odd waspish remark or thought. It is well written and Ms Hilton's writing talent ensures the listener gets a real fell for the locations, whether the action is on the Mediterranean coast or deep into Eastern Europe.
The only disappointment for me was the change in narrator from Emilia Fox, who did the first two books, to Sophie Ward. Sophie Ward does a good job but she doesn't have the sparkle of Emilia Fox, nor her range of accents.

I really enjoy all three of this series.
The story content was good keeping you wanting more and you definitely received it.
Great narration and well done.