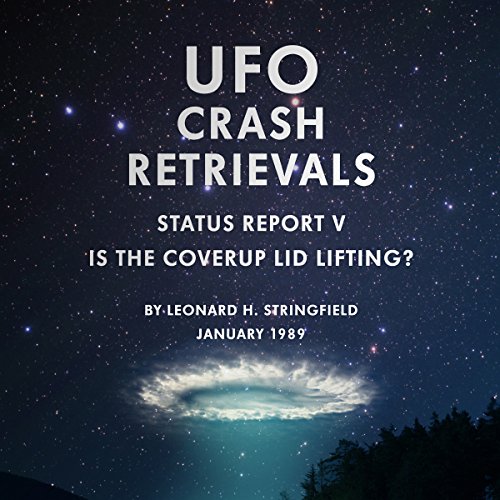 Leonard Stringfield was born in 1920. He was director of CRIFO (Civilian Research, Interplanetary Flying Objects) - one of the world's largest research groups during the mid-'50s, and publisher of its newsletter, ORBIT (1953-1957).

From 1967-1968, he served as Early Warning Coordinator for the University of Colarado UFO Project, screening UFO reports for possible scientific study.

Stringfield passed away in 1994, leaving a string of fascinating publications behind, one of which is UFO Crash Retrievals: Status Report V: Is the Cover-Up Lid Lifting?, based on a talk Stringfield gave at a MUFON convention in 1989.

This is the fifth entry in Stringfield's influential seven-part UFO Crash Retrieval Status Report series, in which he lays the groundwork for the theories that made him famous.

Loved it and it is another great book by Linard Stringfield, he is knowledgeable and insightful, and brings to light many good examples of why this subject should be looked into more seriously and with greater intent. I enjoyed this book, wish it were longer but good read nonetheless.