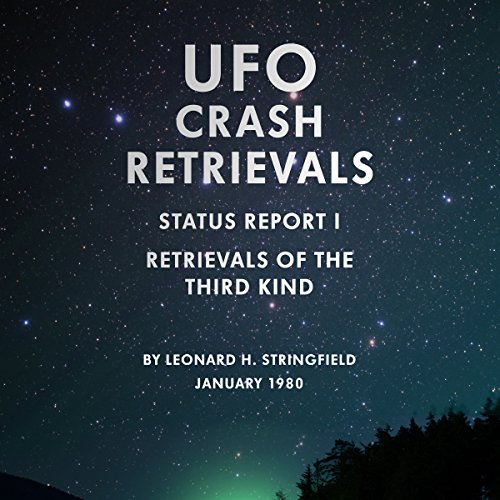 Leonard Stringfield was born in 1920. He was director of CRIFO (Civilian Research, Interplanetary Flying Objects) - one of the world's largest research groups during the mid-'50s, and publisher of its newsletter, ORBIT (1953-1957).

From 1967-1968, he served as Early Warning Coordinator for the University of Colarado UFO Project, screening UFO reports for possible scientific study.

Stringfield passed away in 1994, leaving a string of fascinating publications behind, one of which is UFO Crash Retrievals: Status Report I: Retrievals of the Third Kind, based on a talk Stringfield gave at a MUFON convention in 1978.

This is the start of Stringfield's influential seven-part UFO Crash Retrieval Status Report series, in which he lays the groundwork for the theories that made him famous.

What listeners say about UFO Crash Retrievals - Status Report I