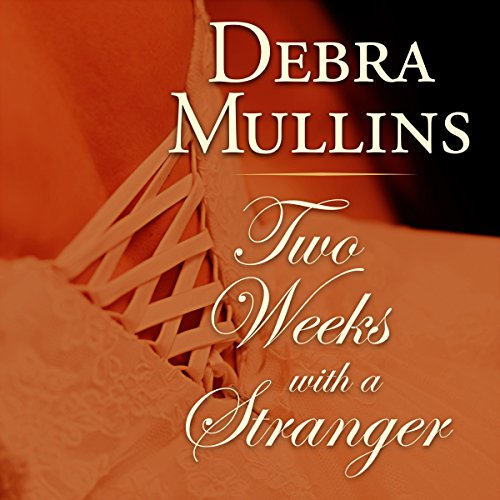 Two Weeks with a Stranger

By: Debra Mullins
Narrated by: Tanya Hyde
Try for £0.00

Wedded and bedded, Lucy is devastated when she's abandoned by her new husband the very next day. Though it was a marriage of convenience, their heated wedding night gave her hope that it would turn into something more. But she refuses to be the demure bride left behind on a country estate while the stranger she married goes gallivanting about London - even if she has to create a scandal of her own.

Simon, the Earl of Devingham, would prefer his exquisite young bride remain at home where he left her. Instead, she follows him to London...seducing him with her fiery kisses, enchanting him with her scorching touches, and awakening in him an insatiable hunger. His duty to the Crown demands that he remain in town, but Lucy has entered a most perilous game - and she will not forfeit without Simon's total surrender.

What listeners say about Two Weeks with a Stranger

Dull, repetitive and labored, I really felt that my intelligence and ability to grasp the most obvious plot details was insulted. No subtlety or even witty conversation . I could not finish it.

There are many issues with this story that make it nearly impossible to enjoy or finish listening. This is my first book by author Debra Mullins and I believe I’ll not bother with any others. The narrator performs well enough except when voicing an American character, who verges on being a Valley girl, in Regency England.

Enjoyed this quite a bit!

I found this quite enjoyable, though I did feel bad for Lucy having to face society while it seemed Simon was cheating on her.

I also was hoping this was a series which had a book with John and Gin as a couple. It was set up as if it was going to happen, but then that didn’t happen.

Re: the narrator, she was fine, except I’d have liked a bit of a pause when changing from one scene to the next.

I really enjoyed this book . Couldn't stop listening to it. I could listen to it again

Never heard such a wonderful performance, with a very distinct voice to each character and their emotions!

This book is one that is I found to be sad, frustrating and wonderful. The journeys that the two main charcters take throughout the book is one that will bring tears to your eyes, it will make you realize that now a days we take our freedom (as women) a little for granted. I loved this story for the strength that it took for the female lead to do the things she does throughout the story. It was not an easy road back in the 1800's for women and the things that she does to make her marriage one she wants to be apart of is truly a testament to her strength in a time that women were not given rights. This story is one that I have to give 5 out of 5 stars, I think that the mystery, drama, romance and trials throughout the story prove that Debra Mullins is a very talented Author. I also have to say that the sex scenes are pretty toasty. Having said that I have to give this book a Pepper rating of a Serrano Pepper there is the slow burn of a Jalapeno, but this one has a little more spice in a few of it's scenes.

I recommend this book to those who love strong leading women, mysteries, and a great romance. You must love the suspense that will be throughout a good chunk of this book an be prepared for a few tears because good books make you feel. If you don't like mystery or supsense then this is NOT the book for you, you also will need to like explict love scenes, they may not be abundant but there are a couple.


I hope this helps you find your next Tantalizing Tomes!

I could not finish this book - I tried to but the story was boring and predictable.