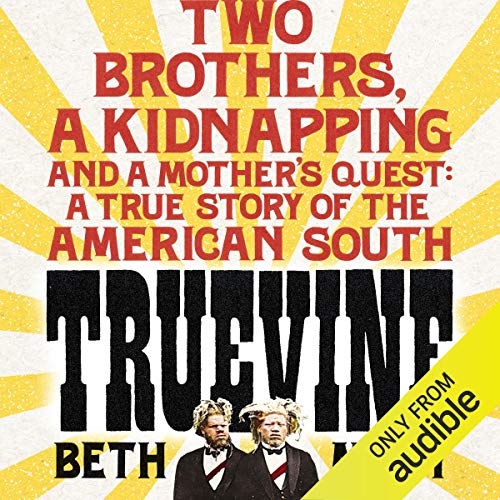 The year was 1899, as the old people told the story, the place a sweltering tobacco farm in Truevine, Virginia, the heart of the Jim Crow South, where everyone they knew was either a former slave or a child or grandchild of slaves.

The Muse brothers, George and Willie, were just six and nine years old, but they worked the fields from dawn to dark. Until a white man offered them candy and stole them away to become circus freaks. For the next 28 years, their distraught mother struggled to get them back. But were they really kidnapped? And how did their mother, a barely literate black woman in the segregated South, manage to bring them home? And why, after coming home, would they want to go back to the circus?

At the height of their fame, the Muse brothers performed for royalty at Buckingham Palace and headlined over a dozen sold-out shows at New York's Madison Square Garden. They were global superstars in a prebroadcast era. But the very root of their success was in the colour of their skin and in the outrageous caricatures they were forced to assume: supposed cannibals, sheep-headed freaks, even ambassadors from Mars.

The result of hundreds of interviews and decades of research, Truevine, by author and journalist Beth Macy, tells the extraordinary story of what really happened to the Muse brothers for the first time. It is an unforgettable story of cruelty and exploitation but also of loyalty, determination and love.

"Macy is a gifted storyteller and a dogged researcher and readers will be riveted by Harriet Muse's struggle to find her sons." ( The New York Times)
"A sturdy, passionate, and penetrating narrative. This first-rate journey into human trafficking, slavery, and familial bonding is an engrossing example of spirited, determined reportage." ( Kirkus)

What listeners say about Truevine

I’m debating whether to continue with this book or return it. It’s a really interesting story but I think it’s spoilt by the narrator’s characterisation of the voices of African-American people - it just feels wrong and makes me wince every time I hear her doing it.

While this story is primarily about the albino, African American Muse Brothers and their enforced circus careers at the hands of unscrupulous con men, the main focus of the story is on their mother and the African American community of Roanoke. We meet interesting characters, many with painful stories, but most are inspirational, strong and to be admired. As a subplot, we are given a glimpse inside the American sideshow. We rarely get to find out much about the Brothers themselves, until the last chapter, but that's down to a lack of information.
While many of the stories are interesting, I lose track of who people are, am unaware of their significance and some lead nowhere and lack the depth and further exploration they deserve. This book sounds too journalistic for me , the author HAS to tell us everyone's age, she projects too much of herself into it, which just isn't my cup of tea. I also found the narration a bit hit n miss, the choice of character voices made me cringe, frankly.