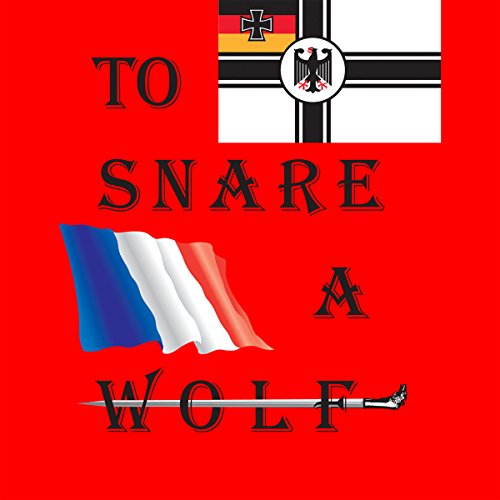 To Snare a Wolf

To Snare a Wolf

Christian Dejoux, a 14-year-old boy living in Strasborg, France in 1890 loses his father. His mother sends the boy to Paris. War breaks out between France and Prussia, with Paris surrounded. The impressionist painter Manet employs Christian to pose for his famous painting The Fifer, and rewards him with the uniform. Penniless, his best friend and father deceased, Christian enlist in the French army.

Wolfgang Loewenhardt, son of an aristocratic family in Berlin, with wolf-like sharp-featured face with topaz eyes, believes Prussia is destined to rule Europe by force of arms.

The drummer boy is bayoneted by Wolfgang's troops in battle and is taken by train to a Swiss hospital. A young novice nun takes special care of him confuses Christian, who misinterprets the attention.

An army friend of his father adopts Christian and sends him to St Cyr military academy near Paris. Seeking revenge against the Pussians, he volunteers to spy for France.

In Berlin Christian falls in love with Heidi, who aids him unknowingly stealing secrets. Heidi's father is a Prussian baron aristocrat, also a protestant and does not approve of Christian, a poor catholic Frenchman, marrying his daughter. The lovers decide to run away to Switzerland.

Dejoux has stolen discarded Prussian plans of the famous French 75 mm cannon. Wolfgang instructs the leader of his Paris spy ring, a gypsy circus clown, to steal back the plans. The clown runs a Paris bordello as a cover to obtain information, but decides to employ a beautiful singer, Lavinia Beauvoir, working at the Moulin Rouge nightclub. She sedues the arsenal director as the clown photographs the plans using a German copy of a Kodak box camera.

The clown delivers the camera to wolfgang, who tries to escape to Germany using a train via Switzerland, but is intercepted by Dejoux. After a major sword fight involving secret thrusts, Wolfgang is wounded as the train enters a tunnel and Christian cannot find the Prussian. Christian returns to Paris forgiving his enemies, replacing revenge with love. The good people in his life have given him examples of how to live. Life is filed with love not hatred.

In the epilogue, the French 75 cannon and six thousand Paris taxis rushing reinforcements to the front, are primary responsible for stoping the German advance during the First Batle of the Marne in 1914 saving Paris.