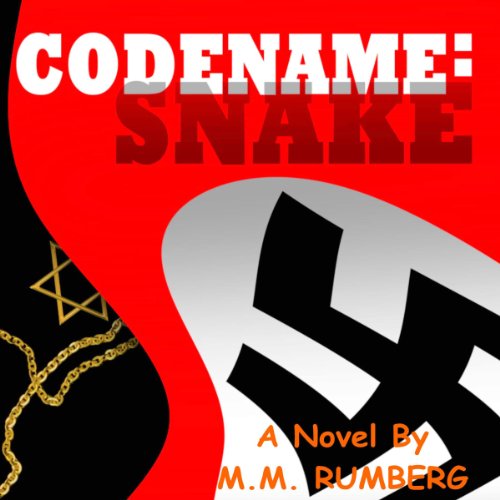 CodeName Snake: The Evil We Kill

CodeName: Snake - The Evil We Kill is the dramatic story of a Jewish assassin operating in Berlin during World War Two. A riveting tale of suspense, revenge and triumph during one of the world's most tumultuous periods. CodeName: Snake is a spy story that highlights the devastating treatment of Jewish citizens in Berlin, Germany, during WWII, turning a boy into a revenge-seeking serial killer.

As the Nazis rise to power, Stefan's family tries to escape but is captured and forced into a concentration camp where they are killed. Stefan escapes, and with the assistance of the underground, makes his way to England and joins the Special Air Service - the SAS - the most elite commando force in the world. With Partisan help, Stefan returns to Berlin and impersonates a Gestapo officer. Under a Berlin festooned with Nazi Swastika banners, Stefan infiltrates and destroys Gestapo headquarters. As the Nazi Holocaust spreads its evil, Stefan goes on a rampage killing Nazi officers.

On the run from the Gestapo officer who sent his family to their doom, Stefan, his secret code name revealed, meets him in a final confrontation.

What listeners say about CodeName Snake: The Evil We Kill