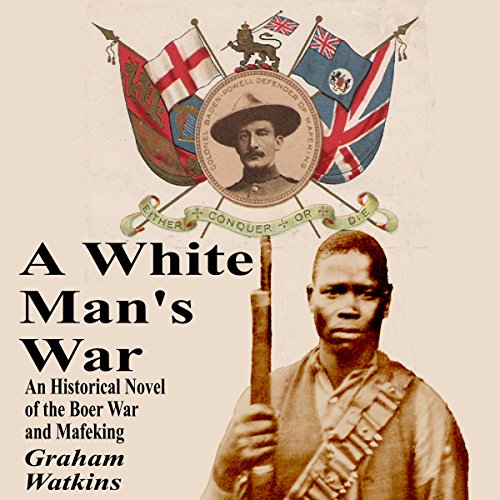 A historical novel set during a landmark confrontation that dramatically changed the art of war. The story is inspired by a letter from the Boer commander General Piet Cronje:

It is understood that you have armed Bastards, Fingoes, and Baralongs against us - in this you have committed an enormous act of wickedness...reconsider the matter, even if it cost you the loss of Mafeking...disarm your blacks, and thereby act the part of a white man in a white man's war.

General Cronje's orders are clear: take Mafeking and drive the British out of Africa, but Colonel Baden-Powell, Mafeking's commanding officer, is no ordinary soldier, and his defense of the town will be no ordinary fight.

Cronje's letter signals the start of a siege that will last seven months. A strange gentleman's siege punctuated by truces, cricket matches, and ferocious fighting.

A White Man's War is a story of a siege, regarded by some as a great adventure but by others as a human tragedy. Baden-Powell would learn from Mafeking and go on to found the Boy Scouts, the greatest youth movement the world had ever seen, while others, less fortunate like Themba Jabulani, would suffer a very different fate.

What listeners say about A White Man's War