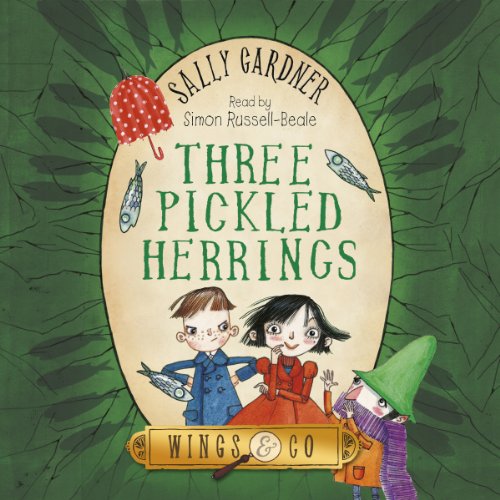 By: Sally Gardner
Narrated by: Simon Russell Beale
Try for £0.00

At the Wings & Co. Fairy Detective Agency, Emily Vole and her friends are beginning to worry. It's five months since their official opening and they still haven't had one case. Then local landowner Sir Walter Cross dies suddenly and mysteriously. The detectives suspect fairy meddling. And when Mr Rollo the tailor mysteriously loses everything and Pan Smith's wedding plans are ruined the night before her big day, they're convinced there must be magic at play. Now they have not one, but three pickled herrings to deal with! Can they solve the mystery of who is stealing people's luck before the meddling fairy goes too far?

Read by Simon Russell Beale. Simon Russell Beale has starred on stage, screen and TV and has been described as one of the greatest stage actors of his generation. He has been in numerous roles for The Royal Shakespeare Company and has won the Lawrence Olivier Theatre Award 3 times. In 2003 he was appointed a CBE. In 2008 Simon made his début as a television presenter, fronting the BBC Four series Sacred Music with Harry Christophers. He has read numerous audiobooks including Orion's Don't Cook Cinderella by Francesca Simon.

These are marvelous stories

I rarely listen to anything more than once but these stories are just wonderful. The writing, the characters, the adventures and the brilliant narration make these a pure delight. I listen before bed to put me to sleep. Why shouldn't adults get stories read to them at bed time? I highly recommend these. I hope there are more coming.