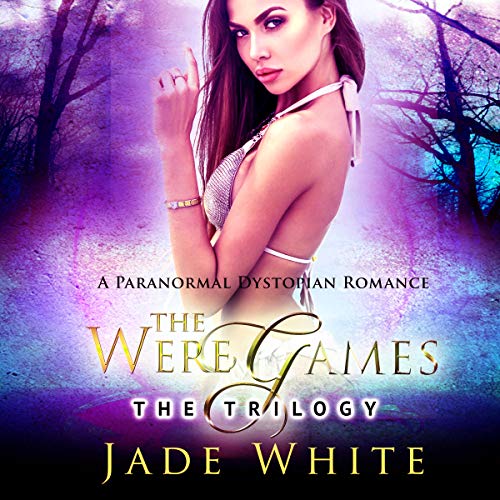 All three books from the best- selling Weregames series together for the first time ever!

Best-selling author Jade White presents this unmissable opportunity to own the complete Weregames series in one limited edition boxed set.

In a dystopian future , one where werebeings lived openly alongside humans, life was tense.

Humans and werebeings did not get along, and handsome werebear Ryker Locklear found himself thrust into the middle of what was known as the “Weregames”.

If Ryker were to win, he would also win his freedom. Lose and he would face the next 60 years in captivity.

It was survival of the fittest in its most brutal form.

But it was during the Weregames that Ryker met the beautiful Alexia, and very soon he realized that he was not just fighting to win for his freedom.

He was fighting to win her heart, too....

Ryker and Alexia have theirs lives set out for them. Who knew family could be so warped. Brothers that when realizing what happened, were hell bent on not understanding.