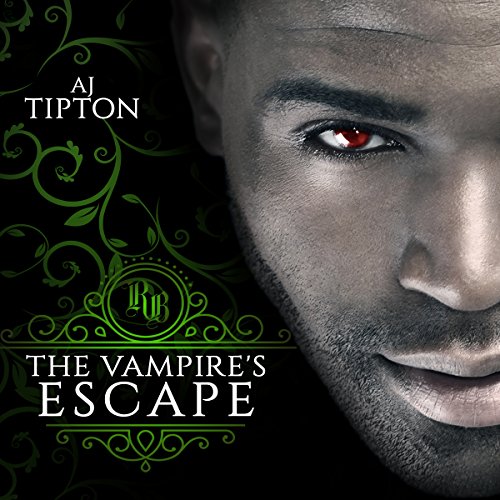 A gorgeous widow thrust into a dangerous world. A vampire inventor trying to help humanity. Together, they will risk everything to defeat their darkest foe.

Lauren Vaughan has finally got it all: good looks, a rich boyfriend, and the secret to staying young, becoming a vampire. But when her boyfriend, Trevor, becomes her vampiric sire, she realizes she's made a potentially fatal mistake. Lauren doesn't know where to turn until she meets the hunky mad scientist living in Trevor's pool house.

After hundreds of years as a vampire, Ben has settled into his oblivious, absent-minded routine of inventing gadgets to improve the world. Ben is content to tinker in solitude, grateful his nephew, Trevor, generously provides shelter and supplies. But when his nephew's new girlfriend appears at Ben's door, Ben senses there may be a dark side to Trevor's obsessions. Will Lauren be able to shake Ben from his seclusion before it's too late for both of them?

The Vampire's Escape is an adult paranormal romance. If you like magical encounters, sexy scientists, and steamy romance, then you'll love the third installment of the sizzling Royal Blood series.

The Royal Blood books may each be listened to as standalones. However, you may find they are best enjoyed in the following order:

Buy The Vampire's Escape to join the resistance today!

What listeners say about The Vampire's Escape

Not sure what the story is about. The narrator...

was so bad, I cringed. Listened for about 8 Minutes... Decided to forgo and hopefully forget.

What's not to love?

I wasn't very impressed with Lauren at first, she came across as quite shallow. But as the story developed I saw more and more of what shaped her and the many ways in which she was strong, determined and capable.

Ben though was my favorite character, so quirky and charming, he was patient and kind, strong and caring.

I've been enjoying this series and this book was a great addition. The characters are lifelike and this book added lots of small details to the world the series is based in filling it out and making it even more vibrant.

The character voices are clear and easy to identify, the delivery is smooth and natural, and the emotions of the story came across well.

A gorgeous widow thrust into a dangerous world...
A vampire inventor trying to help humanity...
Together, they will risk everything to defeat their darkest foe...

Another interesting, fangtastic read that is full of magical encounters, sexy scientists and a steamy romance.

Great world building. Wonderful characters. A great addition to the series! An absolute delight that hooked my attention from the start.

The narrator was fantastic. Loved listening to it.

Perfect for readers of paranormal romance.

My favorite in the series

Ben, the absent minded inventor and Lauren looking for security in all the wrong place. I liked this cute vampire romance. The villain was as creepy as the get using the power to command.