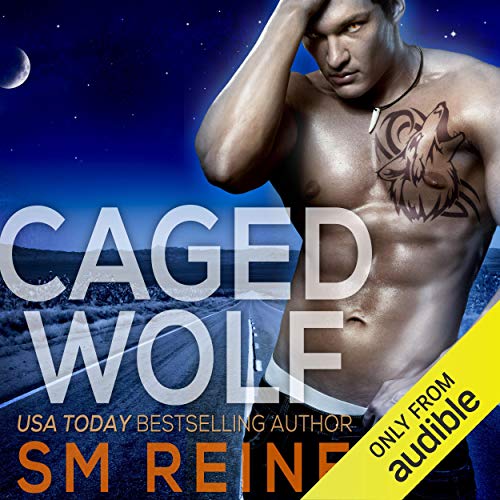 The biker gangs passing through Lobo Norte don’t scare Ofelia anymore. All those men are the same: scarred, homeless, and broken…just like Ofelia. They’ve become a blur of forgettable faces watching her strip. She takes off her clothes, takes their money, and wipes them from her memory instantly. But Trouble is different. A biker with a wolf tattoo and tortured eyes, he sees beyond Ofelia’s tough disguise to a more fragile woman within. She’s drawn to him like she’s never been drawn to a man before - at least, not since she survived hideous torture at the hands of her ex-boyfriend that left her scarred physically and emotionally. She can’t forget Trouble. And she definitely can’t push him away. There’s magic between them that neither understands. But maybe if Ofelia and Trouble can find the truth, they can release each other from the chains that bind them to Lobo Norte, to the Fang Brothers biker gang, and to the dark.

What listeners say about Caged Wolf: A Paranormal Romance

It was gritty and unlike any of the paranormal shifter romances I have read or listened to before. The characters were real and I couldn't help but like them.
The narration was great and helped make the characters believable
I liked the ending and will definitely read or listen to the next one.

I would give this story more of a 4.5. But it’s great. This is a short story that, wonderfully, didn’t feel short. It had some great characters. The main characters, Ofelia, a witch, & Trouble/Cooper, a newbie werewolf & biker gang member, were great, each with their own troubles, pardon the pun. And Ofelia, though very appealing, had physical flaws too, scars internally and physically, which I loved; it’s more realistic. And realism was a plus in this story. There weren’t unanswered questions unattended to or blanks in the story. An exception is that the author never completely describes anyone. That can be problematic for some people, but it was okay with me. it was certainly noticeable, and is quite different. But there’s something freeing about needing to fill in the blanks about how these characters appear physically. There’s something freeing and more unbiased about requiring the listener/reader to image these characters based on our own stuff. And I think it’s telling however each listener/reader does that. And it might be telling when listeners require these specificities. Do we need to know whether a character is more like us or more unlike us physically? I think the author is on to something.

The story centers totally around a no-where bar that hosts fights & nearby prostitution & where paranormal creatures (succubus/succubi, incubus/incubi, werewolves, demons) are the norm. It appears to be somewhere near the Mexican border and be rural, including the trailer Ofelia lives in and dust. The story has a gritty feel, a spooky aspect, not like ghosts but like the presence of fighting, hidden spirits or forces. And fighting, literally, occurs too. There is some violence that may be a bit over-the-top for some listeners. It’s not often, but it’s there. I loved the balance of rawness and romance. There was grit but not so much sex. Sex is often alluded to, and the sexual tension was constantly there. But the act of sex was rare. There is a kind of masturbation scene between Ofelia & Cooper, with Ofelia as the happy recipient. But it happens in an unusual fashion or way. Cooper is not actually an active participant but more of a kind of facilitator. I can’t say more without spoiling it. So there are 4 hours of build up to the culminating sex scene in the last 54 minutes or so of the story. I didn’t miss the sex or think that it should’ve occurred sooner. It happened organically, just as it should have, in the time it should have. I really liked that they didn’t jump into sex of any sort immediately, though they did act on their immediate attraction.

The story focuses on how Ofelia and Cooper accept and act on their being mated and the unveiling of unknown parts of Ofelia’s life & what she is, though the latter aspect is not fully answered in this story. At the heart of these questions is a devil tarot card that finds Ofelia. There is a HEA, though the story continues. We learn that there are 76 tarot cards remaining that need to be found for Ofelia to get some answers. I anxiously await the next installment.

what a crazy paranormal adventure!

I was so confused in the beginning but I stuck with it... ended up liking the book! I really didn't like the Fang Bikers... but Trouble aka Cooper won me over... the smexual heat in this book borders on angsty as nothing really seems to happen until way... way into the book...but it was well worth it! Nice mystery adventure throughout the story with finding the meaning behind the tarot card that just won't go away!

Narration was pretty good... many shift in voices...no two characters really sounded the same... Down is one of my favorites.

interesting story of Ophelia and Cooper

if you have followed the story of Caesar Hawke, and the OPA then you have heard of the sister, Ophelia, this is her story, it's kinda dark and violent, but very cool. listened to it twice.

I am doing the review backwards this series has me really excited as all of her series do. No one can weave a universe & connect you to plot & character like Ms Reine. I am really excited for book 3 & most excited to see where she is going with the gathering high arcana witches & Rage. After the Descension & Ascension series it's got to be phenomenal!

Where do I begin. It was just horrible. To some up this book it was full of drugs booze the main character loves to strip and her alpha male is ok with it and although she was beaten and raped she's ok and turned on by violence. This was a waste.

Someone had to be high writing this. It went from one thing to another and never made sense. The main character claims she is no longer a drug user but at the first offer takes a hit. The main dude says he hates the person who abused her but at their first real encounter he tried to kill her, second one he chained her to a bike and hit her. All throughout the book she says how she is miserable from all the previous pain inflicted on her but then keeps saying how pain is turning her on. This is one book I should have just left unheard. Please dont waste your time. P.S. The narrator talked like she was attempting to be sexy but it just sounds like she is out of breath

Nice twist to shifter. Not a lot of HEAT.

This book was a little twisted. Not my typical shifter Romance but I'm glad I have it a shot. It was extremely dark and I wasn't sure I would like how it was playing out..it surprised me.

Could not finish it..

This was pretty boring for me, very slow paced, di not like the characters or the plot.

NOT A KEEP YOU UP ALL NIGHT *ER

BUT I Just started this author To be fair It's. not what I usually. read but similar. its good. slow at spots why I gave it low rating A good overall THOUGH.