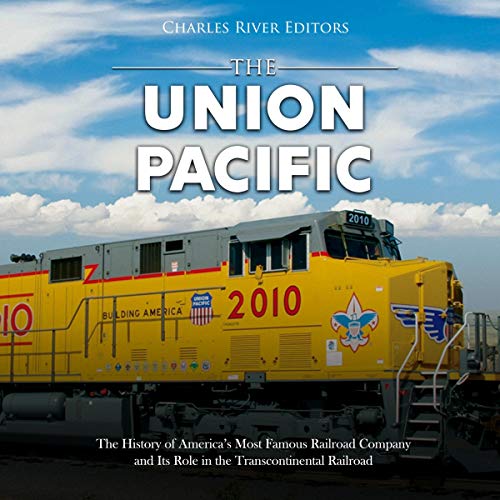 The Lewis and Clark Expedition, notwithstanding its merits as a feat of exploration, was also the first tentative claim on the vast interior and the western seaboard of North America by the United States. It set in motion the great movement west that began almost immediately with the first commercial overland expedition funded by John Jacob Astor’s Pacific Fur Company and would continue with the establishment of the Oregon Trail and California Trail. That quest would reach its ultimate expression and its conclusion in 1869, when the last spike was driven into the Union Pacific Railroad.

The railroad system being laid down during the 1860s remains the very epitome of contradiction. On the one hand, it was a triumph of engineering skills, but on the other, it drained the natural resources in those places nearly dry. It “civilized” the American West, but it dispossessed Native American civilizations. It made the careers of many men and destroyed the lives from many others. It was bold and careless, ingenious and cruel, gentle and violent, and it enriched some and bankrupted others. In short, it was the best and worst of 19th century America in action.

As settlers pushed west and the Gold Rush brought an influx of Americans to California, the need for something like the Transcontinental Railroad was apparent to the government in the 1850s, and with the help of private companies, government officials conducted all kinds of land surveys in order to plot a course. Of course, even once routes were chosen, the backbreaking work itself had to be done to connect railroad lines across the span of nearly 2,000 miles. This required an incredible amount of manpower, often consisting of unskilled laborers, and the financial resources poured into it were also extreme. J. O. Wilder, a Central Pacific-Southern Pacific employee, described a typical scene: “The Chinese were as steady, hard-working a set of men as could be found. With the exception of a few whites at the west end of Tunnel No. 6, the laboring force was entirely composed of Chinamen with white foremen and a ‘boss/translator’. A single foreman (often Irish) with a gang of 30 to 40 Chinese men generally constituted the force at work at each end of a tunnel; of these, 12 to 15 men worked on the heading, and the rest on the bottom, removing blasted material. When a gang was small or the men were needed elsewhere, the bottoms were worked with fewer men or stopped so as to keep the headings going.”

Ultimately, the projects were considered so important that they progressed throughout the Civil War, and part of the 1860s. Once finished, they proved a boon to building up the American West, especially the Southwest and Pacific Northwest in places like Nevada, Utah, Wyoming, Colorado, Oregon, and Washington.

What listeners say about The Union Pacific

Story is a reasonably ok listen and was quite informative. Especially around life in the workers camps and issues with workers due to numerous circumstances.

Covers the story of the construction of the transcontinental railroad reasonably well, but doesn’t go any further into the history of the Union Pacific RR

second half of book much better

I wonder if whoever started this book thought of writing a 1000 page volume, then at some point said - no, just finish it and get paid. The part I was most interested in was there, but I think more detail could have been supplied. The first section - early plans I think could have been shortened - so actual telling of the laying of the rails could have been given much more attention.