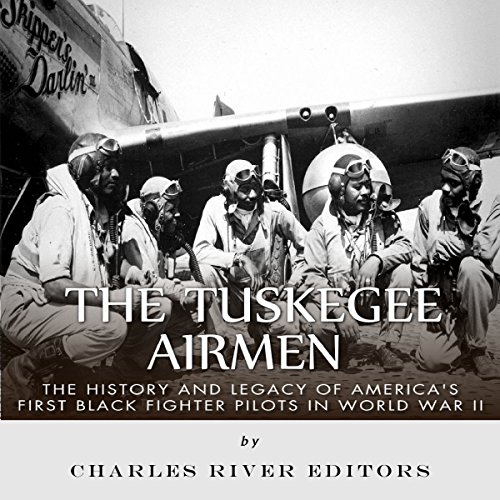 The United States has no shortage of famous military units, from the Civil War's Iron Brigade to the 101st Airborne, but one would be hard pressed to find one that had to go through as many hardships off the field as the Tuskegee Airmen, a group of African American fighter pilots who overcame Jim Crow at home and official segregation in the military to serve their country in the final years of World War II. In fact, it required a concerted effort by groups such as the National Association for the Advancement of Colored People (NAACP) and the extreme circumstances brought about by World War II that the military eventually decided to establish the "Tuskegee Experiment". The black crews trained at Tuskegee before being sent overseas, and even then, they faced discrimination from those who didn't trust them to do more than escort bombers flown by white pilots.

I served 23 1/2 yesrs thanks to the these brave Airmen the Tuskegee Airmen. Thanks you.

These heroes battled the enemy abroad to only endure the thoughtless entitlement of White Officers that enforced segregation on Military bases here in America. THEIR COUNTRY, MY COUNTRY. Thank you for overcoming the struggles. Rick!