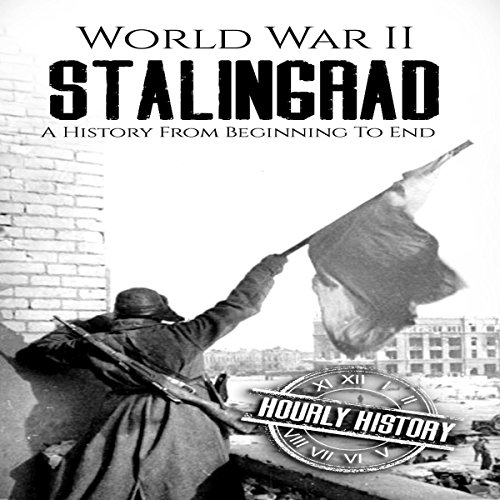 World War II Stalingrad: A History from Beginning to End

The Battle of Stalingrad, perceived by historians as the most important battle of World War II and regarded by Russians as the most significant battle in their country’s history, cannot be viewed solely as a military engagement between two powerful, long-time foes. The Soviet Union, which had climbed to power from the shambles of the 1917 Revolution that saw communism overthrow the czar, and Germany, which had risen from the ashes of World War I’s Treaty of Versailles, certainly had a complicated history.

Stalingrad was a battle between the Allies and the Axis Powers; it was a struggle between the Soviet Union and Germany for victory; and it was also a test of wills between Josef Stalin and Adolf Hitler, two totalitarian dictators who were willing to do whatever was necessary to demonstrate the supremacy of their systems of government.

Inside you will read about....

Stalin had succeeded Vladimir Lenin as the leader of the Soviet Union, and his entry upon the world stage ushered in a reign of absolute power as he bent a battered nation to conform to his will. Adolf Hitler, leader of the National Socialist German Workers Party, was elected chancellor of Germany in 1933 and promptly turned the beleaguered nation into a launch pad for Aryan domination. As their armies met at Stalingrad for a long and bloody struggle that would ultimately tally two million civilian and military casualties, the world would watch as two brutal regimes challenged one another while the fate of the free world hung in the balance.

What listeners say about World War II Stalingrad: A History from Beginning to End

Primarily background and biographical info on Stalin and Hitler. Little time devoted to the battle itself.

honestly it just a summary of it. I was looking for a detailed information into it. yeah kinda detailed, however it not what I was looking.

This audio program provides too much tangentially related background material and very little information on the Battle of Stalingrad itself. I had to go back and verify the title of my purchase — I thought I had accidentally purchased a summary of WW2 instead of the 1942-43 battle on the Eastern Front.

It listens like a college term paper written the night before the due date by a student who bones up on just enough information to fulfill the minimum page requirement, but only gives two paragraphs on the actual topic and regurgitates commonly known facts that he learned in class about WW2, Stalin, and Hitler.

Normally these hourly doses of history serve as a good foray into big topics. This, alas, was an exception.

I recommend listening to Anthony Beevor’s “Stalingrad” instead. Also, you may have more luck with the one by Charles City Editors, though I haven’t heard that one.