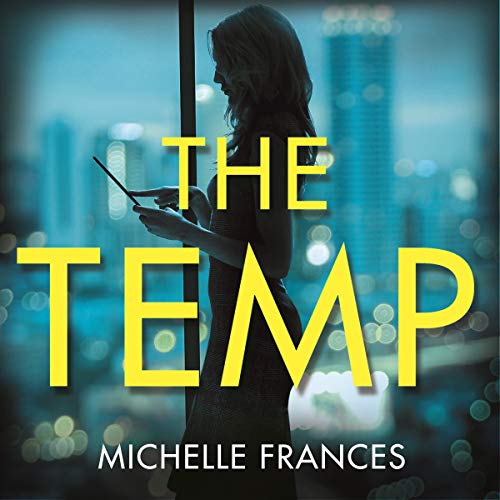 By: Michelle Frances
Narrated by: Imogen Church
Try for £0.00

No-one was going to replace her. Were they?

Carrie is a successful TV producer in a high pressure job. She’s talented, liked, and well-respected. She and her husband, Adrian, an award-winning screenwriter, decided years before that they didn’t want children. But now, just as they’re both at the pinnacle of their careers, she has discovered she is pregnant and is shocked to find that she wants to keep the baby. But in a competitive industry where time off is seen as a sign of weakness, Carrie looks on the prospect of maternity leave with trepidation.

Enter Emma, the temp, who is everything she could wish for as her cover: smart, willing and charming. Carrie fears that Emma is manoeuvring her way into Carrie's life, causing turmoil in both her marriage and her work as she does so. The problem is everyone else adores her....

Increasingly isolated from Adrian and her colleagues, Carrie begins to believe Emma has an agenda, or is she just being paranoid? Does Emma want her job, or maybe she’s after much more?

The Temp is a twisting thriller about ambition, deception and betrayal by Michelle Frances, the number one best-selling author of The Girlfriend.

What listeners say about The Temp

I really didn't like how Imogen Church narrated this book especially when it came to the male characters and Adrian in particular. In fact it spoilt the book at times for me

Definitely worth a listen!

Some might say it’s predictable, however as a lover of this genre I must say that it threw me quite a bit and was not expecting the twist! Although this did come along about 3/4 of the way into the book, things just got better and more thrilling. So I wouldn’t say it spoiled the story at all. I normally have about 3 books on the go at the same time- this one I became enthralled in and raced ahead to the finish so definitely worth listening to!

This is an enjoyable read/listen. The characters are well drawn, the story original and pacey. Imogen Church’s narration is excellent as always.

Easy listening for driving to and from work. Narrator was ok and not too irritating like some can be that that is always a bonus!!!

Brilliant twist at the end

Unless I missed a clue at the beginning, the twist was totally unexpected. I thought I wouldn't enjoy the book given its set in the TV /entertainment sector but it was great story line

Surprised at the negative reviews, loved this as much as The Girlfriend, clever plot & fab ending, looking forward to the next novel from Michelle Frances

Not a patch on ‘The Girlfriend’

The Girlfriend was an excellent read and I waited with anticipation for Michelle Frances’ next offering. I did enjoy aspects of the book, but for me the storyline descended into the farcical. I usually like this narrator very much, but her interpretation of some characters (Elaine and Adrian in particular) brought to mind fingernails across a blackboard.

Whilst the writing was good and the narration excellent, the storyline was completely bonkers. Misunderstandings could have been easily talked out rather than creating an unrealistic plot line. The main characters are TV writers and producers. A married couple and a temp who took over some of the wife’s job role while she was having a baby - although we are told neither wanted one.
Basically things emerge to make it ‘psychological’ but it was complete drivel