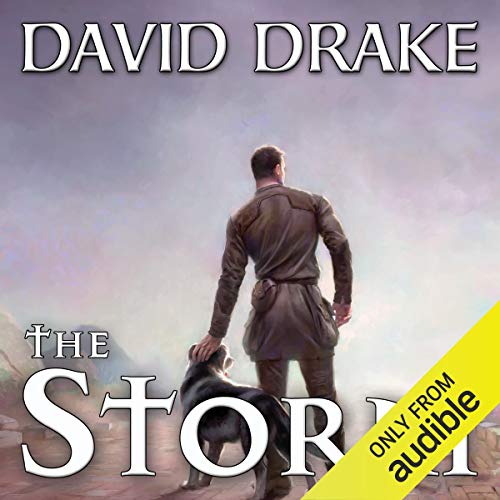 By: David Drake
Narrated by: James Patrick Cronin
Try for £0.00

The thrilling re-telling of Arthurian legend from master of science fiction and fantasy David Drake continues! A young Champion must rescue a friend and battle an enemy at the heart of a chaotic world.

The universe has shattered into chaos and monsters. Jon, the Leader, is dedicating his life to reuniting the scattered hamlets into a Commonwealth where all humans can live protected against the darkness and the things that live in that darkness.

But no man can reshape the universe by himself. Jon has Makers to build weapons and clerks to handle the business of government - but he also needs Champions to face the powers of chaos which will not listen to any argument but force.

Lord Pal of Beune is one of those Champions. He has fought monsters and evil on behalf of Mankind, and he will fight them again. But now Guntram, the man who transformed Pal from an ignorant rube into a bulwark of the Commonwealth, has disappeared. Pal must locate his friend and mentor - and then he must battle an entity which may be at the core of the splintered universe!

Pal of Beune: A humane man in a universe full of inhumanity.

Pal of Beune: A strong man in a universe where some recognize only strength.

Pal of Beune: A hero who will keep going until something stops him - and who hasn't been stopped yet!

“I finished The Storm last night. I loved it. It was such a sweet read. Pal is one of [Drake’s] best people, humane and strong and generous, and his voice carries the whole book.” (Cecelia Holland, author, The Sea Beggars)

“Counterbalancing the setting’s strangeness, Pal himself is thoroughly levelheaded and decent, the kind of hero readers will enjoy rooting for. This is an enjoyable exploration of a pleasantly peculiar world.” (Publishers Weekly)

"...a wonderful cast of characters in a fabulous world of courtiers, peasants, Beasts, and mysterious Envoys. Drake has imbued Arthurian legend with a convincing SF spin." (Booklist)

What listeners say about The Storm

I liked the concept enough to get the 2nd book but it doesn't go anywhere. I like the main character but his girl is a poisonous snake. I won't be getting book 3.

even better than the first book.

I look forward to the continuation of the series and see many different paths that could take.

The setting of The Spark and The Storm seemed weird at first, but master storyteller David Drake shows his immense talent in both tales. The Champion Pal is very different from the other protagonists in Drake's novels. These novels are not for those who want cookie cutter stories, but rather targeted for readers who enjoy an unusual and engaging tale.