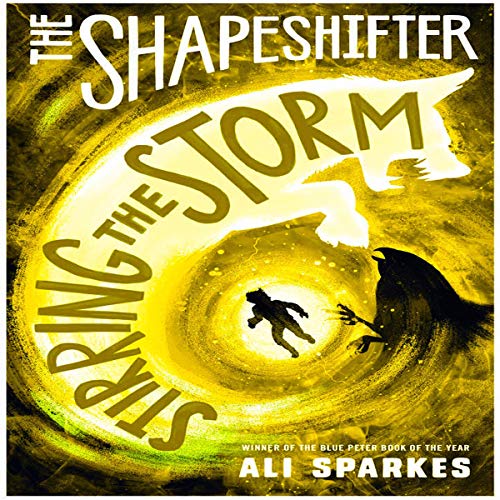 The Shapeshifter: Stirring the Storm

Ordinary kids: extraordinary powers: amazing adventures. There's a lot of strange stuff going on for Dax Jones. A mysterious gift from his long dead mother might lead to the truth about how he became a shapeshifter.

Then there's the weirdness at school. The scientists are up to something sinister, but Dax is sworn to secrecy -he can't even tell his best mate.

A terrifying plot is emerging which could mean the end of the Children of Limitless Ability. Can Dax continue with his obsessive quest to find out more about his origins when his friends are in terrible danger?

This exciting finale to the original Shapeshifter series is a fast-paced action adventure about contemporary children with super powers, told with award-winning Ali Sparkes's humour and lightness of touch.

What listeners say about The Shapeshifter: Stirring the Storm

🌈this book is epic

I loved this book and I found it really cool how Dax Jones can turn into a fox Dad Jones is always getting in trouble, it.is not his fault it just finds him and his friends👫 in dowsing the dead, Dad got half killed by Katherine Reeder, his best mate Gidian 's sister who had turned out to be half evil.👿📙📗📘

another great book in the shapeshifter series

Ali is one of my favourite authors and it's best that she narrates this book. Captivating story, good twists and turns.