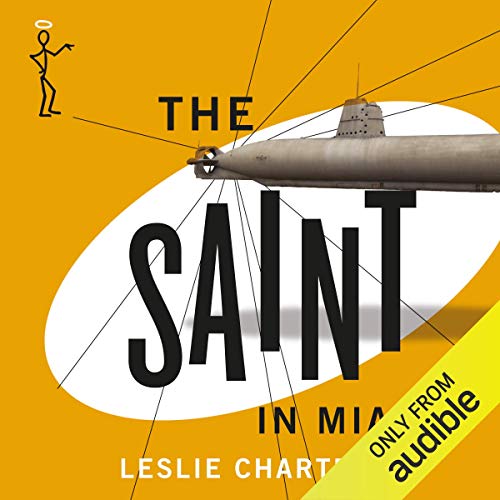 The Saint in Miami

The Saint in Miami

The Saint and Patricia go to visit some friends in Miami - but when they get there they are shocked to learn their friends have disappeared. They move into their friends' house and start to investigate. Things get complicated when a tanker explodes off the Florida coast and a dead British sailor washes up on the shore. Simon suspects a link between the explosion and the disappearance, as well as the activities of shady millionaire Randolph March. There seems to be a Nazi spy ring operating out of Florida...

Pick a Saint, any Saint & Enjoy the Ride!

What made the experience of listening to The Saint in Miami the most enjoyable?

I am really adamant about choice of narrator! I have to really close my eyes and listen and really like the voice before I choose. That being said, I think John Telfer was born to read these! He could play 'The Saint' on radio if they remade the series! I absolutely LOVE his voice. I am a reader of Charteris, so I like some of his books more so than others, but when Telfer reads them they are almost all equally enjoyable!

I loved when Simon Templar charged thru the Everglades in the huge caterpillar tractor to get to the hidden complex of the bad guys!

Probably same as above & when the enemy Sub was sunk!

Just kind of listened with a smile on my face as The Saint went about his business in dealing with the baddies and the head of the local law enforcement.(Of course his semi-literate sidekick is always a hoot!)

I thought I would do this as I listened to samples of the next SAINT I will listen to. John Telfer sounds like a cross between Roger Moore & Ian Ogilvy(Return of The Saint). It's like John McDonough being the PERFECT voice for the children's series "Freddy The Pig" by Walter R. Brooks. They were both born to do those particular series.