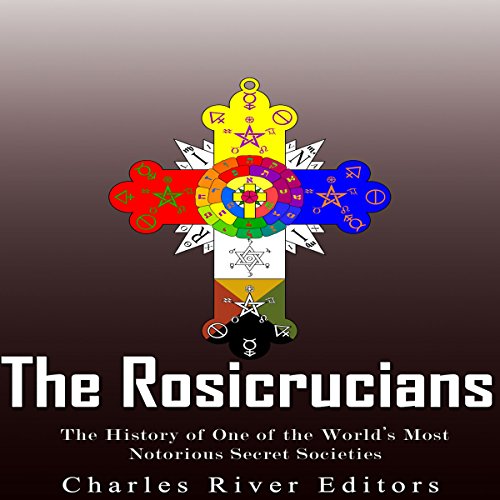 The History of One of the World's Most Notorious Secret Societies
By: Charles River Editors
Narrated by: Jim D Johnston
Length: 1 hr and 27 mins
Categories: History, European
1 out of 5 stars 1.0 (1 rating)

To many, the quest to obtain the secrets and truths of the universe is one nearly impossible to complete. More importantly, this broad topic comes with an unending assortment of answers. For some, the secret to life is success. To others, it is conquering one's innermost fears. While there are those who simply do not care enough to venture an answer, there are also those who believe they, and they alone, knew the real meaning behind life.

Early Europe saw a sudden burst of Gnostic and mystical religions and organizations, each with their own take on the true path to enlightenment. Conflicts that arose within the Catholic Church and other Christian communities only encouraged the growing wave of dissenters. In the 17th century, intrigued Parisians learned about one of these unconventional groups - perhaps the most prestigious of all these secret schools. This was the Fraternity of the Rose Cross, a brotherhood of Rosicrucians founded by Christian Rosenkreutz.

Ruined by scurrilous rubbish at the end. Shame really. A bit of balance and fact checking would improve this product no end.