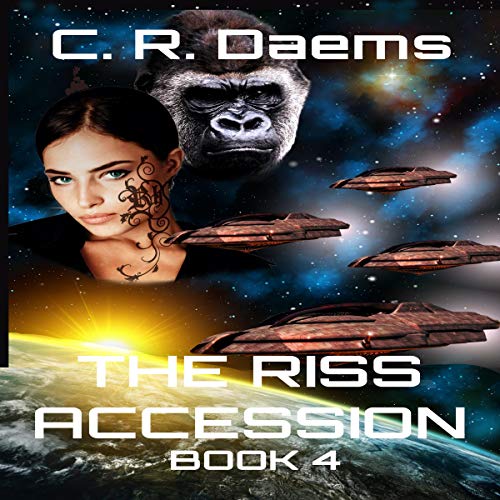 With invading aliens determined to confine humans to their planets, one thing is certain: The Aliens' force is technologically superior to the SAS, and even with the new Riss technology the clans have developed under Nadya Reese's supervision, the SAS cannot defeat them alone.

But forging an alliance between the SAS, UFN, and JPU will not be easy. It will require the empires to put aside their long history of border wars and mutual dislike. Worse, many in the SAS hate Riss-humans, especially Nadya. As a consequence, maintaining the Mutual Support Agreement between the Riss and the SAS is proving impossible. And then there is the issue of sharing technology with recent enemies, the question of leadership, and Nadya's involvement. The JPU only recently had bounties on Riss-humans, and Riss hides are prized in the UFN and JPU.

Nadya's not so sure the Alien's idea of confining the war-like humans to their planets isn't a good idea. But the fate of the Riss is tied to the humans, so whatever her doubts, she must act.

What listeners say about The Riss Accession

I hate when they Chang narrator especially when they are realy good. this one sucks can't hardly tell if it's the natation or one of the characters. didn't get past the first chapter6

I've enjoyed this series of books. The storyline has been consistent, the characters interesting, the message has been one of tolerance. I hope others will take the time to listen to this series because it is well worth the credit. 😁😀😉😃