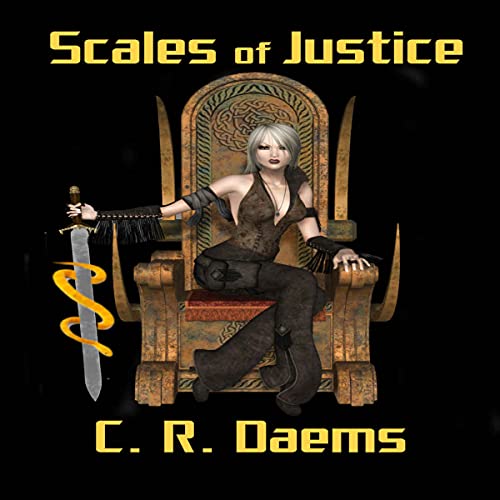 A hundred years ago, a treaty joined the seven provinces under a king and created a system of equal justice for nobles and commoners. Under the treaty, the Sisters of Astraea were proclaimed the judicators of the land because they could tell truth from lie - a gift of a golden viper bestowed on the Sisters by the God Naga.

The treaty prevented a revolution by the commoners which would have ended the nobility. Now, however, many nobles want to go back to being above the law and Duke Chaney is using this discontent to raise an army against the king.

Senior Judicator Tenzen sets out with Jola, a newly promoted judicator, to investigate the growing hostility, unaware the rebels are killing judicators to keep the rebellion a secret. Fortunately Jola has been trained in the art of the sword, grew up as a homeless street-urchin, and knew how to survive. But it will take more than surviving to stop the rebellion.

No one could have anticipated that the faith of the kingdom may depend on Jola's ability to untangle the discontented from the traitorous.

What listeners say about Scales of Justice

It’s not for me !I like his books the woman it. :-) Smart sophisticated beautiful und always better than the man ,