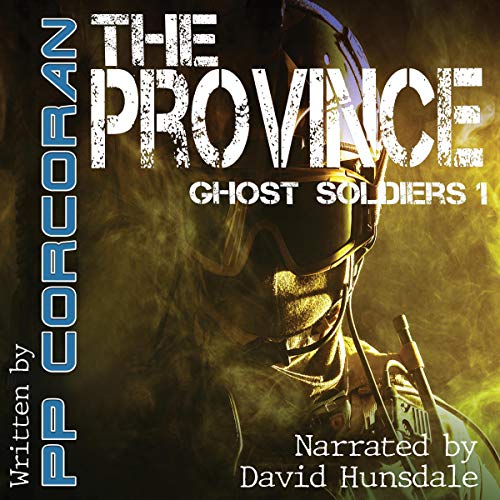 By: PP Corcoran
Narrated by: David Hunsdale
Try for £0.00

The first in a series of short stories following the exploits of the fictional military support group also known as The Ghost Soldiers.

In the world of Black Ops they are the most audacious

Frank Winters is a soldier in the British Army. The one time corporal in the Intelligence Corp has become a surveillance operative in the daring and deadly military support group. Called upon to serve in political hotspots around the world he has a variety of skills, surveillance is just one of them.

Without warning a murderous terrorist attack plunges Northern Ireland into meltdown. The backlash results in the imposition of direct rule on The Province. London needs it fixed, fast.

Frank finds himself in County Armagh. His mission is simple - watch and observe. Until a deadly turn of events forces MSG to step outside their primary role and take risky explosive action.

What listeners say about The Province

Thoroughly enjoyed the book. Based in my area. The narrator set a very acceptable pace. Fluent. Punchy. Suits the developing story. Great to hear a local narrating a book based in the local community. I'll be listening to more of David Hunsdale.

A thrilling short story that could have easily been ripped from the headlines. That is, if situations like this were fully reported on... I’d love to see more adventures of The Ghost Soldiers!

A great job by PP Corcoran and David Hunsdale.