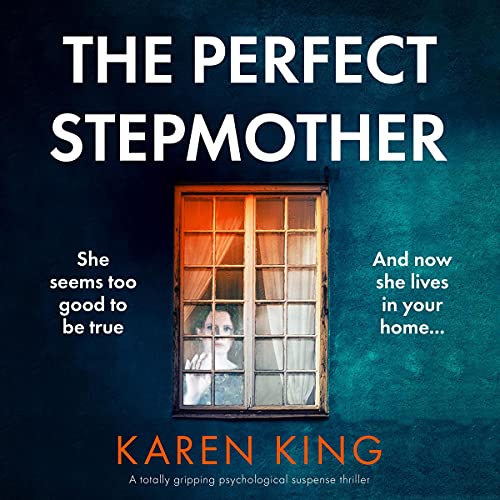 By: Karen King
Narrated by: Susie Riddell
Try for £0.00

"I just want to be your friend." She smiled at Lily, her dark brown eyes impossibly sincere. "And to be a mother to Emma too, of course." Her gaze flickered to Lily’s sister, but only Lily saw her expression momentarily change - from warm and loving to something else. Something Lily didn’t trust....

Lily has always had a simple dream: to be happy like her parents were. Content in their sweet suburban home, nothing in life had phased her mother and father, not even when they’d had a "surprise" second child, Emma, nearly 20 years after Lily.

But their love story was cut tragically short when - after a devastating battle with cancer - Lily’s mother died. Lily was heartbroken, but also desperately worried about her grieving dad, not to mention five-year-old Emma.

So, Lily is shocked and concerned when he suddenly decides to remarry, less than a year after her mother’s death. It feels far too soon, and Lily finds herself furious with him - and his new wife, Maria, who can apparently do no wrong. She seems madly in love with Lily’s dad and instantly bonds with Emma.

It’s only Lily who can’t trust her.

Who won’t trust her.

And when Emma goes missing - could Lily be right? What if the greatest danger to them all is the woman now living in their family home?

What listeners say about The Perfect Stepmother

First off, (and this is not the author’s fault), the narrator doing a terrible brummy accent nearly sent me over the edge. So grating! And the crime that the main character was accused of was ridiculous. It was clearly an accident. I won’t say too much, as it may be a spoiler. All very easy to guess though. No twist or shocks.

Another thing that got me was the repeated, puke inducing, ‘I loved her as my own’. We get it! But do you have to keep saying it over and over again? All in all, a very far fetched and disappointing read.

A dull, repetative story that could have been concentrated into one chapter! Badly written and predictable.

This was my first book by Karen king and I loved it! Going to grab another and will be looking for books narrated by Susie riddell as well!