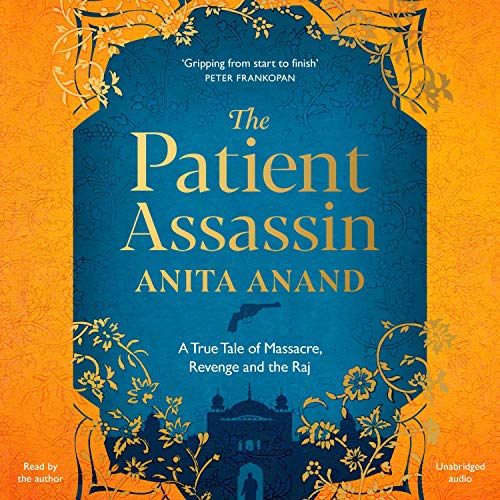 Anita Anand tells the remarkable story of one Indian's 20-year quest for revenge, taking him around the world in search of those he held responsible for the Amritsar massacre of 1919, which cost the lives of hundreds.

When Sir Michael O'Dwyer, the lieutenant governor of Punjab, ordered brigadier general Reginald Dyer to Amritsar, he wanted him to bring the troublesome city to heel. Sir Michael had become increasingly alarmed at the effect Gandhi was having on his province as well as recent demonstrations, strikes and shows of Hindu-Muslim unity. All these things, in Sir Michael's mind at least, were a precursor to a second Indian Mutiny. What happened next shocked the world. An unauthorised political gathering in the Jallianwallah Bagh in Amritsar in April 1919 became the focal point for Sir Michael's law enforcers. Dyer marched his soldiers into the walled garden, filled with over a thousand unarmed men, women and children, blocking the only exit. Then, without issuing any order to disperse,  he instructed his men to open fire, turning their guns on the thickest parts of the crowd. For 10 minutes they continued firing, stopping only when they ran out of ammunition.

According to legend, Udham Singh was injured in the attack and remained in the Bagh, surrounded by the dead and dying, until he was able to move the next morning. Then, he supposedly picked up a handful of blood-soaked earth, smeared it across his forehead and vowed to kill the men responsible.

The truth, as the author has discovered, is more complex but no less dramatic. She traced Singh's journey through Africa and the United States and across Europe before, in March 1940, he finally arrived in front of O'Dwyer in a London hall ready to shoot him down. The Patient Assassin shines a devastating light on one of the Raj's most horrific events but reads like a taut thriller and reveals some astonishing new insights into what really happened.

The story of Udham Singh is a stark lesson of how imperialism came at a cost to India. The raj was a despotic and greedy abusive regime that consumed greedily the riches of India whilst trying to sate it appetite with a notion that Britain was culturally improving an uncivilised country. This is a challenging part of our history that deserves to be told

I have just finished this book and I was glued to it from start to finish. I suppose the reason I was so interested in it is that, if you change the names to Irish names and the places to Irish towns, the story is exactly the same.

Well written and very clear understanding of a pivotal point in Indians history. Beautiful read by the author I highly recommend this to anyone interested in the events of 100 years ago.

True life is fascinating, the horrors of colonial rule exposed once more but does an eye for an eye however just change anything ?

I am quite interested in Indian history and culture but unfortunately the main summary of this story was more interesting than the actual book. I enjoyed it generally but at points found myself having not listened to the last 20 minutes.

Just wow. A story that needs to be shared

I can not recommend this book enough. A true story that makes Ian Fleming sound like a kids wtiter

This is a compelling and sympathetic account of a shameful act of Empire. Superbly read by the author.

Fascinating examination of the end of the Raj

Anita Anand is a radio professional and it shows, but here she wears a slightly different persona to her mischievous radio style. She is as serious as I have heard her. She is part of the Indian diaspora but also British and it shows in the fair minded way she writes and narrates. There is an attempt to give an explanation of the brutality of the British Raj, which dissolves under Anita's calm dissection and 21st century analysis. Absolutely fascinating and quite a story like narrative and structure. You need no background in modern Indian history to follow this very human story.

Excellent research and story. Anita Anand's narration adds to the credulity of reality of events. Thank you so very much.

An incredible tale of one mans journey but its more than just vengeance its a story through the tail end of the Raj and the inequities of Empire - a real eye opener when it comes to propaganda and cover ups. Well written and well read, very engaging tale.