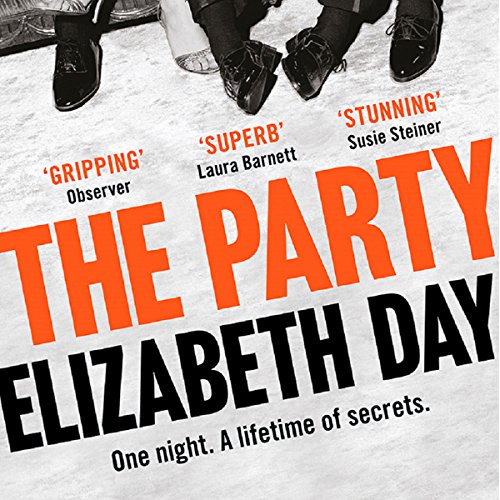 A gripping story of obsession and betrayal, privilege and hypocrisy, set in the unassailable heart of the British establishment.

"As the train pressed on, I realised that my life was in the process of taking a different direction, plotted according to a new constellation. Because, although I didn't know it yet, I was about to meet Ben and nothing would ever be the same again."

Martin Gilmour is an outsider. When he wins a scholarship to Burtonbury School, he doesn't wear the right clothes or speak with the right kind of accent. But then he meets the dazzling, popular and wealthy Ben Fitzmaurice, and gains admission to an exclusive world. Soon Martin is enjoying tennis parties and Easter egg hunts at the Fitzmaurice family's estate, as Ben becomes the brother he never had.

But Martin has a secret. He knows something about Ben, something he will never tell. It is a secret that will bind the two of them together for the best part of 25 years.

At Ben's 40th birthday party, the great and the good of British society are gathering to celebrate in a haze of champagne, drugs and glamour. Amid the hundreds of guests – the politicians, the celebrities, the old-money and newly rich – Martin once again feels that disturbing pang of not-quite-belonging. His wife, Lucy, has her reservations too. There is disquiet in the air. But Ben wouldn't do anything to damage their friendship....

"Witty, dark and compelling." (Sebastian Faulks)
"I practically murdered this book in an evening I loved it so much. The Party is a terrifying, hilarious, brilliantly written original with a wit to die for." (Pheobe Waller-Bridge)
"Superb - clever, gripping, psychologically acute." (Laura Barnett, author of The Versions of Us)
Show More Show Less

I did like this book and it did flow along at a nice pace but the twist was minor and the big reveal was obvious. On saying this though I loved the different characters and what each brought to the plot. The narration was spot on.

Briefly it's about two couples who come from different ends of the financial spectrum. The men have known one another since school and each - in my view - kind of depend on the other. The rich couple hold a party where something happens and that's where the novel starts. The story is told through the poorer couple's perspective and regularly hops between time frames.

A short novel - for me, and worth a credit. Don't know if I would read anything else by the author at the moment.

It's Engleby + Talented Mr Ripley divided by about 5.

Even divided by 5, it's not that awful. Just not in the same class as its parents.

Starts quite promisingly, but rather downhill from there.

The Party of the Year...

After listening to some 5 star reviewed rubbish, this was a breath of fresh air. Here is an author who knows their craft, a well put together novel with believable characters... and not a predictable ending in sight.

What does Greg Wagland and Stephanie Racine bring to the story that you wouldn’t experience if you had only read the book?

The performances of both speakers was excellent. They really helped encapsulate the world of the posh and wealthy.

The internal struggle of Martin and his need to fit in, to be part of this wealthy lifestyle and ultimately to be loved by the man he had worshiped since school is really moving.

A great listen, Elizabeth Day is a is fantastic writer. The book is dark, witty and exciting.

Slow start to begin, but very interesting plot as the story unravelled. Enjoyed how the story was told by both the husband and wife.

Well written but this is a miserable rant . Wish I hadn’t wasted my time, life’s too short !

I liked large parts of this book and it kept me going to the end, so my feelings are generally positive. The author goes in far to much to analysing Martin and Lucy's characters, that I was left faily unsympathetic with the pair of them by the end of the book. Parts could have been cut out and the lead up sometimes becomes a bit long winded.

The best book I have read all year!

Elizabeth Day has gone above and beyond! The characters are so detailed and the plot is so engaging. I was taken back to my own uni days and loved all the political references. 10/10

My skin crawled almost all the way through this; it wasn't the reader, not completely, that crept up my spine; he was pretty good at conveying the coldness of Martin's narration. It was the writing. It made me feel ambiguous about most of Day's characters. None, but George, Lucy, and Fliss, came off with any humanity. Even then, I wouldn't want to stay with them through a whole story.

I realise the purpose of a creepy narrator, but having just read Faulks's Engelby, Party was a flimsy comparison.

Going to wash myself clean with something more hopeful, now.

really struggled gave up less than halfway through