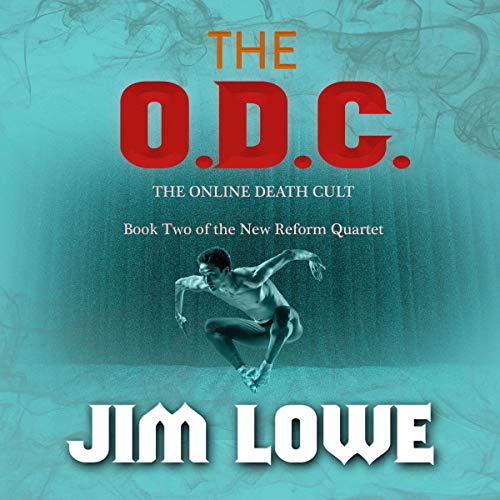 Denise is a sexual psychopath. Made in America, and finished in England. Bob is bored and wants to be a world-renowned performance artist. What Bob wants, Bob gets. Brandon is is a dancer with a photographic memory for dance moves, and he craves fame and celebrity status. Alan is an opportunist and fixer. The Online Death Cult is open to new recruits.

Jim Lowe's The ODC is a complex, satirical, and action-packed political thriller that explores a cult that has emerged to challenge the far-right New Reform party and their Workfare Not Welfare program. It follows the formation of the cult through to its deadly conclusion.

Author Jim Lowe delivers a gripping political thriller - one that finds two troubled teenagers unwittingly pulled into an international terrorist plot. Tatum is the only girl in a family under the firm grip of her father Donald O’Neill, an arms dealer with links to the Ulster Freedom Fighters. Her four older brothers, as well as working for the family business, are football hooligans with Neo-Nazi connections. She learns to fight and shoot to survive and thrive until she is recruited by a political organisation that requires her unique talents.

Jack Gardner has had a troubled upbringing that has given him an array of personality disorders. He falls under the spell of an old school friend, Tony Spicer, who may not have the best of intentions by befriending Jack. Tony works for a new political organisation called New Reform, which will take any action necessary to win power in the UK.

What listeners say about The O.D.C.

Oh my god that ending!!! Gripped once again

This is the second book in the New Reform series, so if you’re just discovering Jim Lowe, go back to New Reform and start there - you will NOT be disappointed! Pacy, twisty, with both depth and humour, this series is SERIOUSLY brilliant - with an ending you will NOT forget. All I can say is... Read it!!!

This story is quite unbelievable, but it could be very real. Could this really happen, oh yes, it happens a lot I am sure. This is one of a three book series I received for free on Facebook from author Jim Lowe, read him, what a great author.