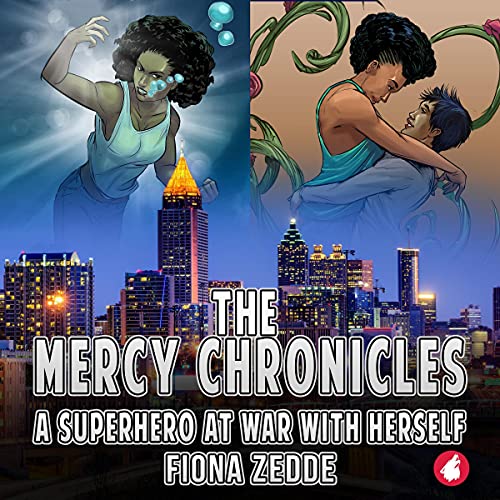 By: Fiona Zedde
Narrated by: Tyra Kennedy
Try for £0.00

In The Power of Mercy, shape-shifter Mercy is a blade that can cut both ways. To her family, she is weak. Her power is nowhere near as impressive as their abilities to alter the world around them.

But when Mai Redstone puts on the costume to become Mercy, a rooftop-climbing chameleon with a thousand disguises and at least nine lives, she feels almost invincible. Until the day she must make the cruelest of choices, between family loyalty and self-preservation. How can she decide?

In A Lover’s Mercy, Mai returns to prowling Atlanta as its hero, Mercy. For all her new strength and heightened powers, her heart remains good and kind. Her passionate lover, Xóchitl, is the opposite. The softest thing about her is her love for Mai. Xóchitl hunts and punishes anyone who dares to break her people’s rules.

When Mai ends up in an enemy’s crosshairs, Xóchitl is terrified. She’s used to being the most dangerous one in the room, but when she suddenly isn’t, will she allow herself to surrender to her lover’s mercy?

What listeners say about The Mercy Chronicles