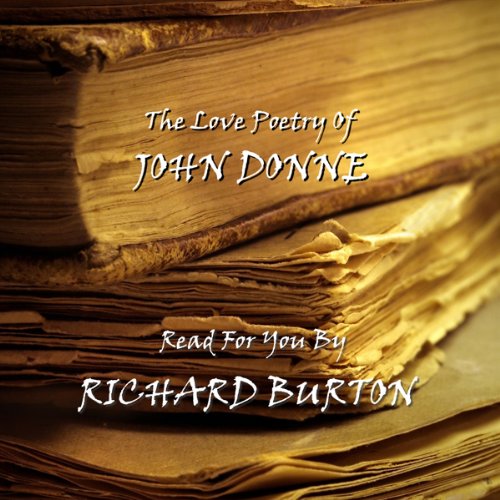 The Love Poetry of John Donne

The Love Poetry of John Donne

John Donne (1572 – 1631) was an English poet, preacher, and a major representative of the metaphysical poets of the period. His works are notable for their realistic and sensual style and include sonnets, love poetry, religious poems, Latin translations, epigrams, elegies, songs, satires, and sermons. His poetry is noted for its vibrancy of language and inventiveness of metaphor, especially as compared to those of his contemporaries.

Despite his great education and poetic talents, he lived in poverty for several years, relying heavily on wealthy friends. In 1615 he became an Anglican priest and, in 1621, was appointed the Dean of St Paul's Cathedral in London.

This volume is centred on his love poems and are read for you by the great Welsh and Hollywood actor Richard Burton.

What listeners say about The Love Poetry of John Donne

A must for poetry lovers

Never, never listen to Richard Burton before listening to other poetry readers. If you fail to follow my advice, you probably will lose interest in the latter. This advice also applies to 'Under Milk Wood' and 'The Richard Burton Poetry Collection'.

Richard Burton reads too fast and often seems ignorant of the content of what he’s reading. The quality of his voice is good, but I’m more interested in the poetry than in him