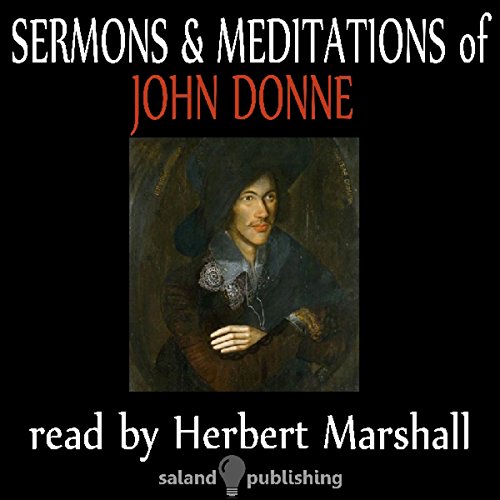 The Sermons & Meditations Of John Donne

The Sermons & Meditations Of John Donne

When John Donne stood in the pulpit of St. Paul's, the lyricism of a great poet fused with the devotion of a holy man. There were no prepared sermons, for he spoke only from notes, and what he said was later transcribed from memory. But the sermons were overwhelming; for behind him was a lifetime devoted, as poet, philosopher and devine, to God.
©2008 Saland Publishing (P)2008 Saland Publishing

The title's not quite true

It's only half an hour of one of his most famous; "no man is an island...", "ask not for whom the bell tols..." A meditation on illness, health, death, the individual and society. Beutifully read. However the lively accustics blurr some of the faster sections into 'extreamly difficult to make out'. Well worth picking up in the sales though!