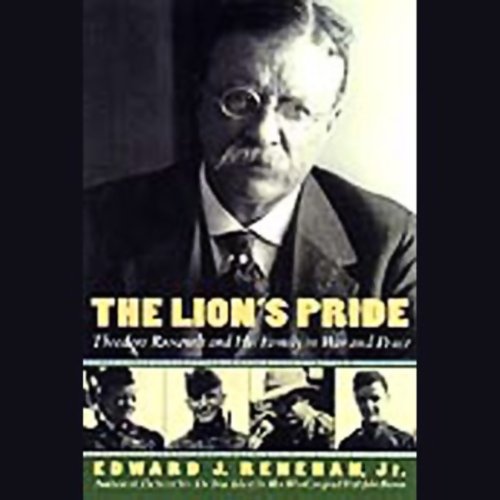 Family memoirs and previously unpublished material provide the backdrop for this poignant portrait of a man whose heroic idealism inspired a nation.

Edward Renehan's graceful prose allows listeners a close-up look at an entire family of larger-than-life heroes. Theodore Roosevelt taught his sons that wealth and influence were inextricably bound up with a duty to defend democracy to the death. His own exemplary conduct in the Spanish-American War helped win the war for the United States. Later, as the world watched the "Great War" escalate in Europe, Roosevelt's four sons competed with one another to be the first at the front lines. The pride of watching his sons live up to his high expectations was bittersweet: Roosevelt's youngest was killed in action, and two were seriously wounded.

Informative and insightful, this family saga reveals the powerful bond between a devoted father and his children. John McDonough's impeccable narration exposes the complexity of the Rough Rider who espoused the warrior way of life but sorely regretted the tragedy his ideals visited upon his sons.

"A warm, poignant picture of the relationship between Theodore Roosevelt and his six remarkable children, based on previously unpublished family letters, papers, and interviews....An unusual view of the human side of an extraordinary public figure." ( Kirkus Reviews)
"A wonderful book about one of America's leading families. No father, no son, no mother, no daughter could read it without tears. The Roosevelts - not just TR but the whole family - are larger than life, real heroes, the kind of men and women we would all like to be. Recommended without reservation." (Stephen E. Ambrose)