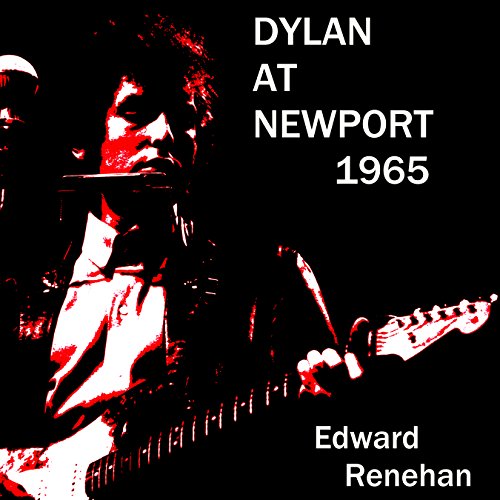 One of the most famous moments of the '60s - and one that continues, to this day, to be grossly misconstrued, mistold, and loaded with undeserved meaning - is the night in July, 1965, when Bob Dylan played an electric set (or at least tried to play an electric set) at the Newport Folk Festival: an event after which, supposedly, the culture of the '60s was never quite the same again. But was Dylan's much-hyped and quite abbreviated, 15-minute performance really a pivot point from acoustic to electric, from traditional to commercial, from topical to cynical, and from roots to revolution?

These are the questions author Edward Renehan addresses in Dylan at Newport, 1965.

The story goes that Dylan got booed off the Newport stage in 1965 for plugging in.

The author digs thru the history to set the record straight. It has been set straight before, but this is the Audible version and an abbreviated one that doesn't come embedded in a longer history of Dylan.

The audience booed when Dylan was on. Pete Seeger did threaten to wield an axe. Folklorist Alan Lomax and Dylan's manager Albert Grossman did trade blows at some point. But the why of the myth and the why of fact are not one and the same, says the author.

Renehan does a good job giving background on the festival and its partipants. He says a lot in a very limited space, and stays true to his purpose to tell a more factual account. This is not Hunter S.
Thompson mainlining dramatic prose. But the book is a good and precise little history.

The narrator could have used some help with editing. Another sound editor would have removed the mouth smacking sounds. It happens all the time in audio recording and I didn't really care. But the narrator, if he is doing his own editing, might want to take those out next time.