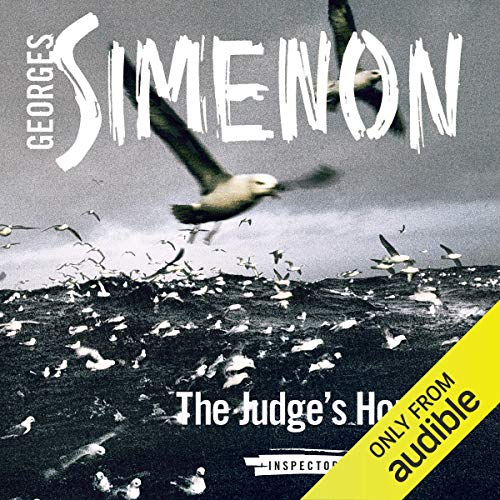 Exiled from Paris, Maigret discovers some disturbing secrets in a sleepy coastal town in this new translation.

A short, sprightly man appeared in the doorway, looked left and right, and went back into the passage. A moment later, the improbable happened. The little man reappeared, bent over, clinging to a long mass that he now started dragging through the mud. It must have been heavy. After four metres, he stopped to catch his breath. The front door of the house had been left open. The sea was still 20 or 30 metres away.

This novel has been published in a previous translation as Maigret in Exile.

"Compelling, remorseless, brilliant." (John Gray)
"One of the greatest writers of the twentieth century.... Simenon was unequalled at making us look inside, though the ability was masked by his brilliance at absorbing us obsessively in his stories." (Guardian)
"A supreme writer...unforgettable vividness." (Independent)

What listeners say about The Judge’s House

Well written in terms if scenery, descriptions etc but sooo slow paced and repetitive that though this is a very short book i could not finish listening and could not care who „did it“