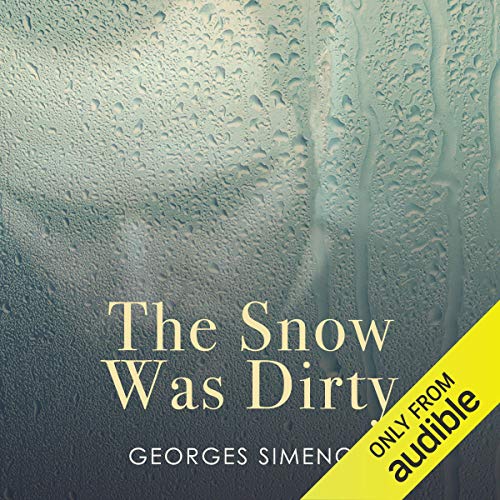 The Snow Was Dirty

'And always the dirty snow, the heaps of snow that look rotten, with black patches and embedded garbage...unable to cover the filth.'

Nineteen-year-old Frank - thug, thief, son of a brothel owner - gets by surprisingly well despite living in a city under military occupation, but a warm house and a full stomach are not enough to make him feel truly alive in such a climate of deceit and betrayal.

During a bleak, unending winter, he embarks on a string of violent and sordid crimes that set him on a path from which he can never return. Georges Simenon's matchless novel is a brutal, compelling portrayal of a world without pity; a devastating journey through a psychological no-man's land.

What listeners say about The Snow Was Dirty

A journey into the soul of a psychopath.

The narrator riddles the path with tentative options but these do not lead to salvation. The distant voice prepares the reader for the only possible outcome, the tragic.

I am familiar with quite a few Simenon stories.
I grew up with television adaptations of his famous Maigret. Most of the stories are well narrated. This one, not a Maigret, is a dark, confusing, disjointed story about gratuitous killing during the occupation, presumably in France or Belgium, in WW 2.
The narrator has no rhythm and misreads the sentences. His emphasis is often wrong and his accent is too English.
Critics raved about this work. But I think they raved because it would have been unfashionable at the time to dismiss this story as a muddled attempt at drama noir.

A story about an evil man doing evil things

Not a good book to read if you don't like to read about psychopaths hurting people.