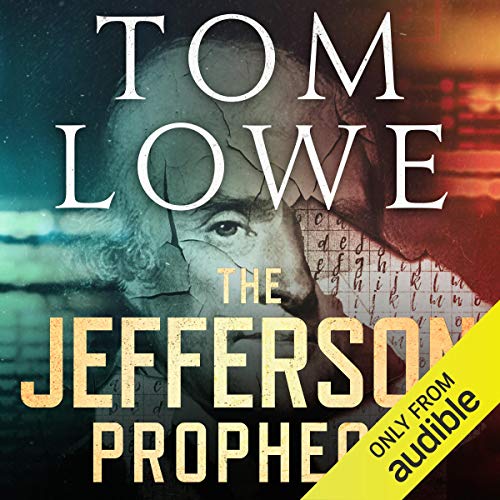 By: Tom Lowe
Narrated by: Mikael Naramore
Try for £0.00

When an encrypted letter written by Thomas Jefferson is found hidden in the attic of an old farmhouse in Virginia, the information could offer a clue as to who killed a US Special Forces soldier 220 years after the letter was written.

Paul Marcus, who five years earlier broke an encrypted paper written by Isaac Newton, is tasked to see if he can unlock the secret Jefferson had originally meant for only one person. More than two centuries later, a relative of the first man to declare war on America - a nemesis of Thomas Jefferson - vows to fill a family vendetta.

The encoded letter Jefferson wrote could offer a prediction for current events and a direct key to a new murder that threatens to tip the dominoes and start a global conflict. Paul Marcus has to find a way to decode the letter - and he has very little time to do it.

What listeners say about The Jefferson Prophecy

Not nearly as thrilling as other books by this author. Kind of hard to finish