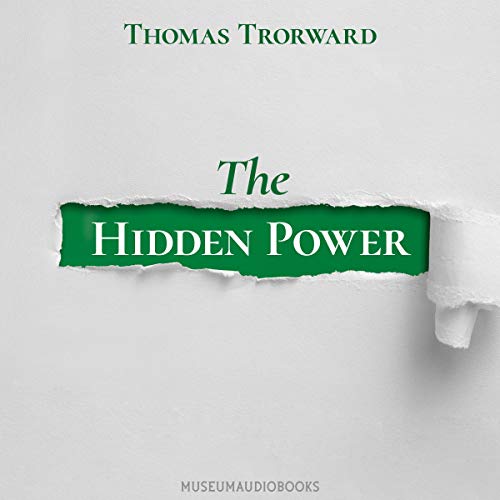 Thomas Troward was a judge in British-administered India who wrote and lectured widely on the power of the mind, and became president of the International New Thought Alliance. The Hidden Power comprises a collection of Troward's essays on consciousness, symbolism, psychology, and mental science. The book offers in-depth explanations about various aspects of thought, spiritual resonance and the laws of attraction, including the shadowy realm of curses and the protective measures to be taken against it. Troward examines various arcane traditions and lucidly explains certain esoteric passages of the Bible. He argues that the ability to discern truth results from the ability to translate symbols, and that the root of all mankind’s errors derives from people’s inability to do this. Some essay titles are “The I Am", "Affirmative Power", "Religious Opinions", "The Bible and the New Thought", "Jachin and Boaz", and "What is Higher Thought”.

What listeners say about The Hidden Power

Good voice, doesn't have all the book recorded

I like the voice, but only the first part of the first chapter is read. Rather disappointing.