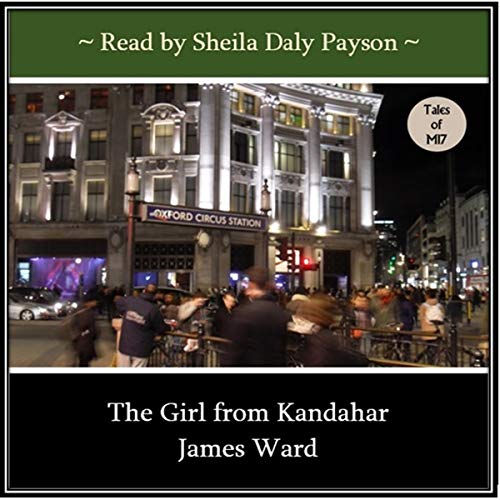 The Girl from Kandahar

What if, to save thousands of lives, you had to trigger the destruction of the only person you’d ever loved?

In Afghanistan, British secret servicewoman Marcie Brown, posing as the third wife of one of ISAF’s most trusted operatives, is killed in a drone strike.

Or at least, that’s what the official report states. Deep inside enemy territory, what remains of her body is deemed irrecoverable.

Seven thousand miles away, her grieving husband, MI7 officer Nicholas Fleming, joins a police investigation which stumbles onto an Islamist plot to bomb central London. Handed responsibility for the counter-terrorism initiative, he uncovers evidence that one of the bombers is his wife.

By degrees, the utterly unbelievable becomes plausible and, at last, undeniable.

And to make matters worse, there’s evidence that she’s slowly recovering her memory....

What listeners say about The Girl from Kandahar

Riveting. Frighteningly close to plausible reality. This one grabbed me by the imagination and held on tight. The publisher's blurb is pretty good but downplays the gory aspects while focusing on the hopeful. Simply excellent!
Sheila Daly Payson is exceptional for her moving narration.
I won the audio free in a giveaway! Thank you!

Even though I still can't understand why someone would blow himself for a cause, I still found this book quite interesting in showing a bit of the inner workings of ISIs and the conter-terrorist organizations.
This is the second book of the series and the first I've read/listen. It is a totally stand alone story but I did find it a bit difficult to follow along all the different characters in the beginning. Listening instead of reading didn't help because I'm not and english native and there are quite a lot of foreign words and names. The narrator, never the less, did a fantastic job (specially with all the accents), so not her fault at all.
That said, I do recommend to try to read the story in order, if possible, to get familiar to the character, and their back story, and to read instead of listening if you are not 100% sure of your english listening capabilities (I consider myself like 95% good so...).
This story has a lot of suspense, twists and action. I would love to see then hitting the small screen. Just this story alone would created a hell of a serie show. The ending also goes beyond the usual we catch the bad guys, so it was also another surprise there.

This is a well crafted and entertaining story that will satisfy most listeners looking for a good Spy story.

It has believable characters and could easily be taken from current newspaper headlines.

The Narrator delivers a good performance and enhances the material.

This Book was given to me for free at my request and I provided this voluntary review.

The Girl from Kandahar. Tales of MI7, Book 2.
Complex and intriguing story, with many twists and turns. Great spy thriller.
Great entertainment and a good read.
I was given a free copy of this audio book at my own request, and voluntarily leave this review.