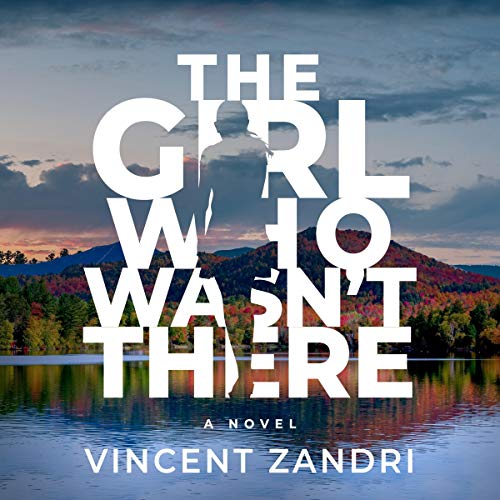 The Girl Who Wasn't There

The Girl Who Wasn't There

By: Vincent Zandri
Narrated by: Andrew B. Wehrlen

Sidney O'Keefe just wants to spend a peaceful weekend alone with his wife and daughter in the vacation paradise of Lake Placid, New York, now that he's been paroled after a 10-year stretch in a maximum security prison. But any illusion of a peaceful future is destroyed when his 11-year-old daughter Chloe suddenly disappears from the iconic beach scene, leaving Sidney and his wife Penny stricken with fear and panic.

When it's determined that his old crime boss Mickey Rabuffo might be behind the abduction, it becomes apparent that the past has not only come back to haunt Sidney, but it's come back to kill the entire family.

With the village police assuming that Sidney, an ex-con with a history of prison violence, is responsible for his daughter's disappearance, Sidney is left with no choice - he needs to take the law into his own hands, not only to expose the truth about what's developing into a conspiracy of biblical proportions, but also to render his own particular brand of rough justice.

What listeners say about The Girl Who Wasn't There

If you have read/listened to other books by Zandri, you probably already have a rough idea of what to expect...set near Albany, NY, fast-paced adventure, tough-guy main character. However, one surprise for me was that this time, the main character wasn't a womanizer, which was actually a welcome change. The story describes most any parent's worst nightmare...a missing child. But this time, dad is just out of jail after serving 10 years for murders he claims he did not commit. Because of his special circumstances, he is afraid to tell the police about his missing daughter. The first parts of the story, where mom and dad are searching desperately for their daughter, seemed a little slow to me, but once they start to figure out what happened, things really pick up. Things progress rapidly, and it is fascinating how the reader slowly learns more and more about the main character. This part is perfectly paced and executed. This is an enjoyable read/listen. I was given a free copy of this audiobook in exchange for an unbiased review.

"My Penny from Heaven."

A fan both of author Vincent Zandri and narrator Andrew B Wehrlen, I was delighted to be freely gifted with a complimentary copy of The Girl Who Wasn't There, at my request, by the rights holder via Audiobook Boom. Thank you. Written in the first person by a convicted murderer who continued to claim that he was not a killer, the man Sidney, released on parole after ten years imprisonment, is taking his first few days of freedom with his wife and eleven years old daughter when she is abducted. The book follows his actions, thoughts, fears and remembrances as he both faces up to the situation and tries to get her back. Intense, provocative and sometimes surprising, this is a book of mixed emotions. Not one of Zandri's very best but still it does not disappoint. And Mr.Wehrlen's interpretation of the man desperate to find his daughter in extreme circumstances is excellent: fast, an undertow of emotions and with separate voicings for the various characters, as usual his is a fine and personal performance. A sound psychological mystery thriller: Recommended

I don't like dream scenes in stories and this story featured several such scenes. Fortunately, it wasn't too difficult to distinguish between dreams and actual events in the story, so the story made sense and was quite captivating. The characters were so compelling that I am wanting to know what happens to them after the story ends. Andrew B. Wehrlen delivers an excellent performance. His narration style fits perfectly with this story. Note: I was given this free review copy audiobook at my request and have voluntarily left this review.

Just when you thought you had it all

Just when recently parolee Sidney O'Keefe thought he had all that he'd hoped for, events take a tragic turn for the worse when his daughter suddenly goes missing at the moment O'Keefe lets hid guard down. A man with his background should have known better. With ten years in prison for multiple murders as one of New York's major crime boss' most trusted employee, he knows how to look over his shoulder. But when his daughter is taken, he and his wife will stop for nothing, even if it means taking the law in their own hands, to find her. Just one you think this is a story you've heard before, author Vincent Zandri, throws one red herring after another. Combined with Zandri's multiple twists and turns woven into this story, readers will find in The Girl Who Wasn't There, a story they simply can't put down. But it gets even better. Andrew B. Wehrlen's narration is multi-dimensional, capturing the uniqueness of each character as told in O'Keefe's first person point of view.

I was given this free review copy audio book at my request and have voluntarily left this review. I love thrillers and anything to do with a crime book. It can be true crime, sci-fi, fantasy, anything and I will read it. Whether or not I finish it is another story. this was definitely not a book that I wanted to put down (so to speak). I listened to this one all in one sitting and did not put my headphones away until I was done it. This was a good listen/read and well put together. I liked the characters and the plot and I loved the narrator. There have been times where I ended up ditching a book because of the narrator and just went to read the ebook format. I did not feel that urge at all with this one. Overall it was a good book and like this author

I have no shame in admitting that Vincent Zandri and Andrew Wehrlen are two of my favorites. I've loved everything from Zandri that I have listened to and Wehrlen delivers every time. This story was insane. It was a constant shifting of good guys and bad guys. There were a couple of outliers that had me saying, out loud, several times, "I did not see that coming!" It was glorious.

I enjoyed this book a lot. I expected the usual ransom or blackmail story, but it took a very interesting turn.

I was given a free copy for an honest review. This was an interesting listen. The narration was perfect for the content. The story was solid but I never really got attached to any of the characters. Overall I'd give it a 3.5 but I rounded up because it did keep my interest and I was thinking about the book when I wasn't listening. I never struggled to continue listening so that is a very good thing in an audiobook. Some parts are a bit unrealistic to me but not so much so that I felt it ruined to story. I have quit listening to books if I hear something so stupid I just can't go on... This book never comes close to that... So that's another good thing about this book. Slight Spoiler... If this guy is so smart why didn't he understand why his lawyer wasn't asking for witness protection for him. I don't want to give away too much but that's the one thing that doesn't jive with me.

I totally enjoyed this thriller with good narration. It is about Sidney O’Keeffe who is an ex con and was actually innocent as he who not give his ex-crime boss name. When released him, his wife Penny and daughter Chloe take trip to the beach where Chloe is taken. The cops think he did it (by the way did not like them) that is where the action and suspense start. Toward the end it was sad but liked the ending. Recommend if you like a good thriller. I was given this free review copy audiobook at my request and have voluntarily left this review. Thank you